China’s online community has fallen hard for a loyal elderly dog, who waits patiently outside a station every day for his owner to come home from work. 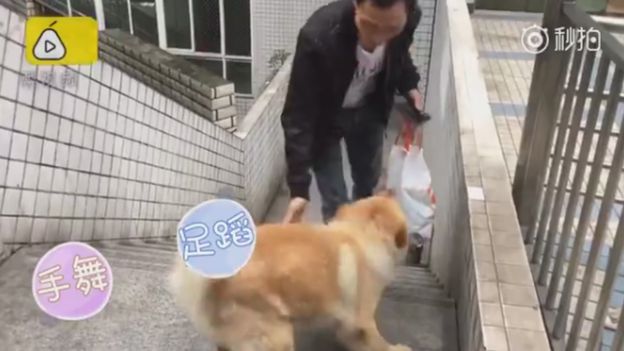 The popular Pear Video website shared a video of Xiongxiong – Little Bear – in late April, and it has since racked up over 10 million views.

Filmed in the major south-western city of Chongqing, the video has also got social media users thinking critically about their own ideas of loyalty.

he video explains that Xiongxiong, 15, has no collar, and is not tied down with a lead.

He simply sits on the ground by the entrance to the subway every day and waits patiently for about 12 hours for his owner to arrive home.

His owner, who is not named, says that he has been looking after Xiongxiong for around eight years.

“He’s always been like this,” he says, saying that the dog has always waited for him.

Locals tell Pear Video that the dog isn’t a threat.

“He is very good,” one resident says, showing how he doesn’t object to being stroked.

“He won’t eat anything you give him. He appears around seven or eight o’clock every day, when his owner goes to work… and he waits, he just waits really happily.”

According to Pear Video, Xiongxiong had become such a regular sighting, that social media users began uploading their own pictures and videos of him.

The Hong Kong-based South China Morning Post newspaper says that web users have begun making their own journeys to come and visit the celebrity dog.

He has proven so popular that thousands of users of the popular Sina Weibo microblog have posted using hashtags related to him.

Tens of thousands of users of the popular Sina Weibo microblog and video website Miaopai have shared and commented on videos of Xiongxiong.

Many say they have been moved by his devotion, and that he makes them think about the good in society.

“This is a very touching affair,” says ‘aRcherahero’. “We can draw so much morality from this.”

One user points out that Xiongxiong is about 80 in human years, and many watching the video say it makes them think about spending more time with their family.

But there is also some debate over the perceived freedom Xiongxiong’s owner has given him.

“The owner should take better care of it; it is his responsibility to the public, and what a true lover of dogs would do,” says ‘SkunkSister’.

Some say they are concerned that Xiongxiong’s newfound fame might make him a target by bad people, either looking to steal or hurt him.

Similar cases of dog loyalty have become the stuff of legend.

Hachiko was an Akita dog who became famous in Japan in the 1920s for meeting his master every day at a railway station. The dog continued to make the journey nine years after his owner’s death.

A similar case was also reported in the UK in the 19th Century.

A Skye Terrier called Greyfriars Bobby became known for guarding his owner’s grave for over 14 years in Scotland. A statue still stands today in the city of Edinburgh to commemorate the loyal dog and his story was turned into a book and a Disney film.

BBC Monitoring reports and analyses news from TV, radio, web and print media around the world. You can follow BBC Monitoring on Twitterand Facebook.

Cambridge Analytica is warned not to delete its data history ahead of an investigation. 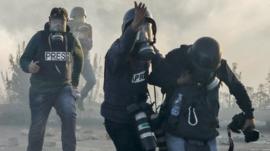 Are journalists increasingly under attack? 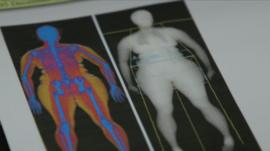 Are you fat on the inside? 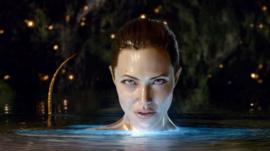 Beowulf: A ‘superhero story’ and its enduring appeal