WARNING, GRAPHIC IMAGES: The 27-year-old, from Arkansas in the US, is ‘a patchwork of stitches’ after dogs dragged her behind trailer to eat her.

A woman has been left with more than 200 injuries after a pack of 10 angry dogs dragged her behind a house and tried to “eat her alive.”

Doctors treating the 27-year-old said they stopped counting her injuries when they reached 200, after she was attacked by the animals in St Francis County, Arkansas, in the US.

The victim, who has not been identified, was viciously mauled while out for a walk, she told local news station, WREG.

She said: “The first dog jumped up and it got me on the arm, and then they all just flocked.

“I think I made it up one or two more times to get to my phone and they kept dragging me back behind the trailer so they could eat me. 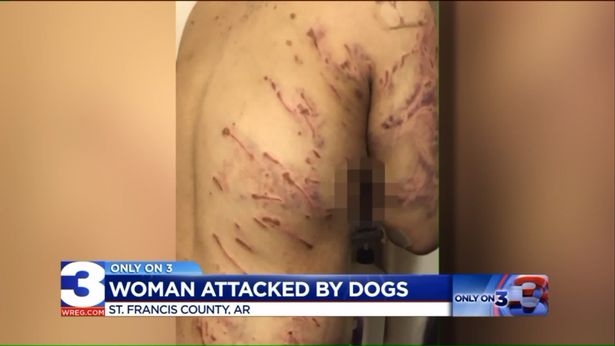 I mean they were literally eating me alive.”

She said there was no one else around during the attack and she felt helpless to fight back as the dogs tore at her flesh.

Finally, a woman who was driving by heard her screams and was able to scare them away. 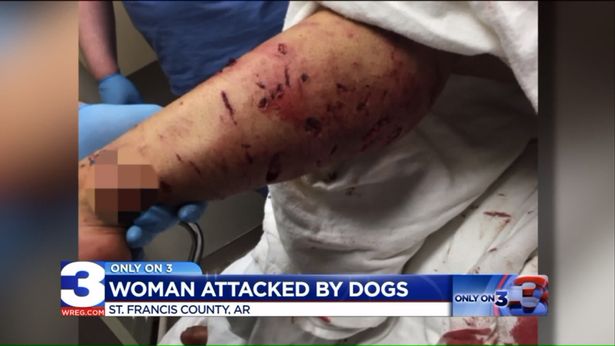 A cameraman from the news station had his own run in with the dogs while at the scene, as one snagged his jeans and others stood by and barked. 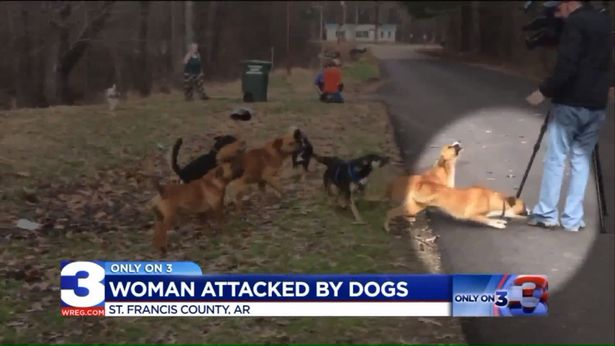 A family who identified themselves as the dogs’ owners told WREG they knew nothing about the attack and suggested it could have been coyotes.

The Sheriff’s Office cast doubt on that theory, but said the victim’s best recourse is civil action.