A woman has died after being bitten by a dog who was attacking her pet. Sharon Jennings, 55, was walking her dog in Preston, Lancashire, when her dog got into a fight with another one on Friday May 31. Lancashire Constabulary said she was bitten on the hand and neck while trying to defend her own dog during the incident on the old railway lines in Brookfield. She was bitten on the hand and neck during the incident which occurred between 6pm and 7.30pm, Lancashire Constabulary said.

But the following Monday she was found unwell at her home and taken to Royal Preston Hospital. She died there on Friday night, the force added. 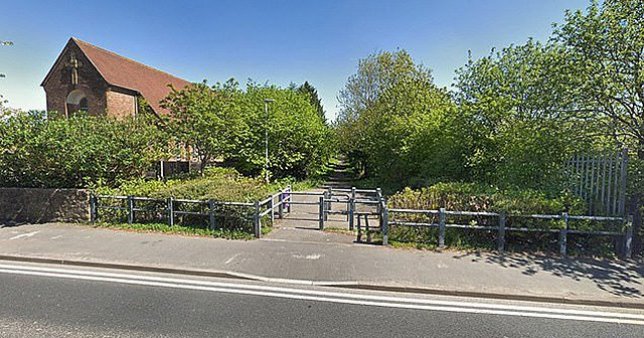 Police are now trying to track the owner of the dog which attacked her, who is described as having thinning grey-black hair, and wore a blue fleece jacket. His dog is described as ‘a speckled ginger-and-black’ canine of medium height. Detective Inspector Chris Wellard, of Preston Police, urged the owner or anyone with information to come forward. He said: ‘Our thoughts are with Sharon’s family and friends at this incredibly distressing time. ‘We’re working hard to establish what happened but need anyone with information to come forward as soon as possible.’