×
Home / News / What a transformation! Dog with hideously matted dreadlocks has unbelievable makeover

What a transformation! Dog with hideously matted dreadlocks has unbelievable makeover

A DOG has had a life-changing haircut, freeing him of 5lbs of matted dreadlocks that were so long they traipsed on the ground behind him.

Pierre the poodle mix was driven for five hours to The Humane Society of North Texas in a truck with more than 20 other animals to hand him over to better care.

But Pierre was among those in the worst condition.

His coif accounted for more than half of his size and pulled at his skin. 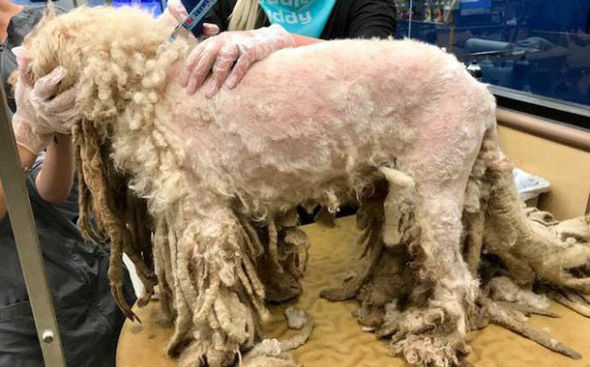 Cassie Lackey, community manager at the shelter told Dodo: “We had NO idea what was under the matting.

“We could be dealing with maggots, cysts, wounds, flea infestation, and so much more.”

The poor dog’s dreadlocks were cut off to avoid further matting, he was then bathed to remove dirt and fleas living on his body.

Ms Lackey said: “The weight of his fur alone from the fecal matter, urine, and mud was FIVE pounds.

However, with the high number of animals dropped at the shelter at once the Society was unable to care for all and put a call out on Facebook for help.

It received an overwhelming response with members of the community donating towards veterinary care, while PetSmart offered free grooming for the dogs. 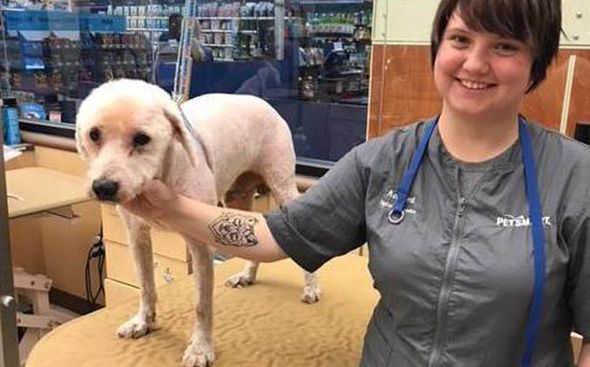 Only a few days after Pierre’s transformation, a family visiting the Society decided to adopt him