Volunteer of the month for her astounding rescue goes to…

Annette Gray!  Well done!  Bonnie’s owner has kindly offered to host Doglost  free of charge due to the fantastic effort of Annette…In her own words this is what happened…

Bonnie went missing evening Sat evening 12th April @1930 having chased a deer on Flackwell Heath golf course. The family searched for hours & hours but no sign of her and they were frantic as such a cold night.
I saw the post on local FB group late sat night so asked owner to register on doglost. I then got up early Sunday morning to go search. I’m not really sure what drew me to the area but I think I heard a scuffle noise but not sure as I have a problem with my hearing at the min as got a blocked ear..lol. 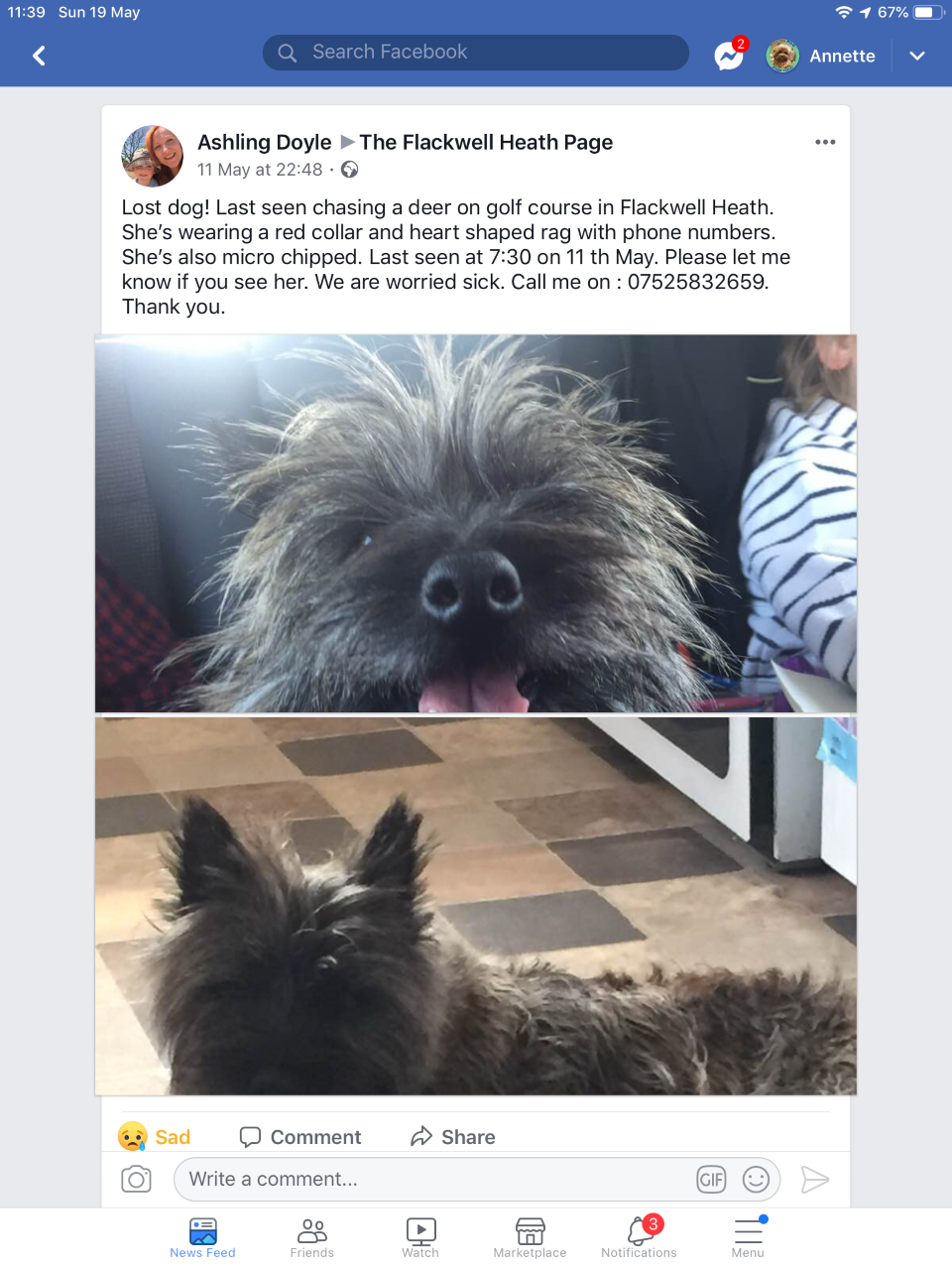 Anyway I climbed through the undergrowth but came to a fence. I was about to turn round & then I spotted her. It was very confusing as I thought to start that this was just a wee dog in a garden given behind a fence. Bonnie had then spotted me & started calling out to me with little yelps. The penny dropped…she was trapped on a roof with a 5ft+ drop onto it but on a 2 story building so completely trapped…sob. 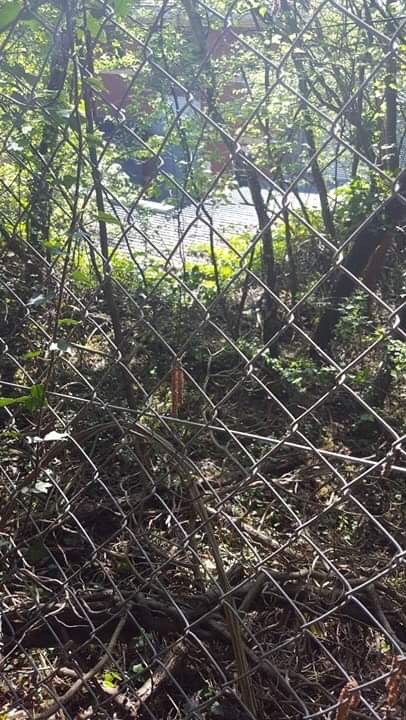 I managed to find a hole to get under fence. I then tried to phone owner but had to leave a msg. I then alerted people on FB that I was going down onto roof & needed help urgently as new I wasn’t going to get back up. Also worried it mightn’t have been that safe so had to lower down carefully. 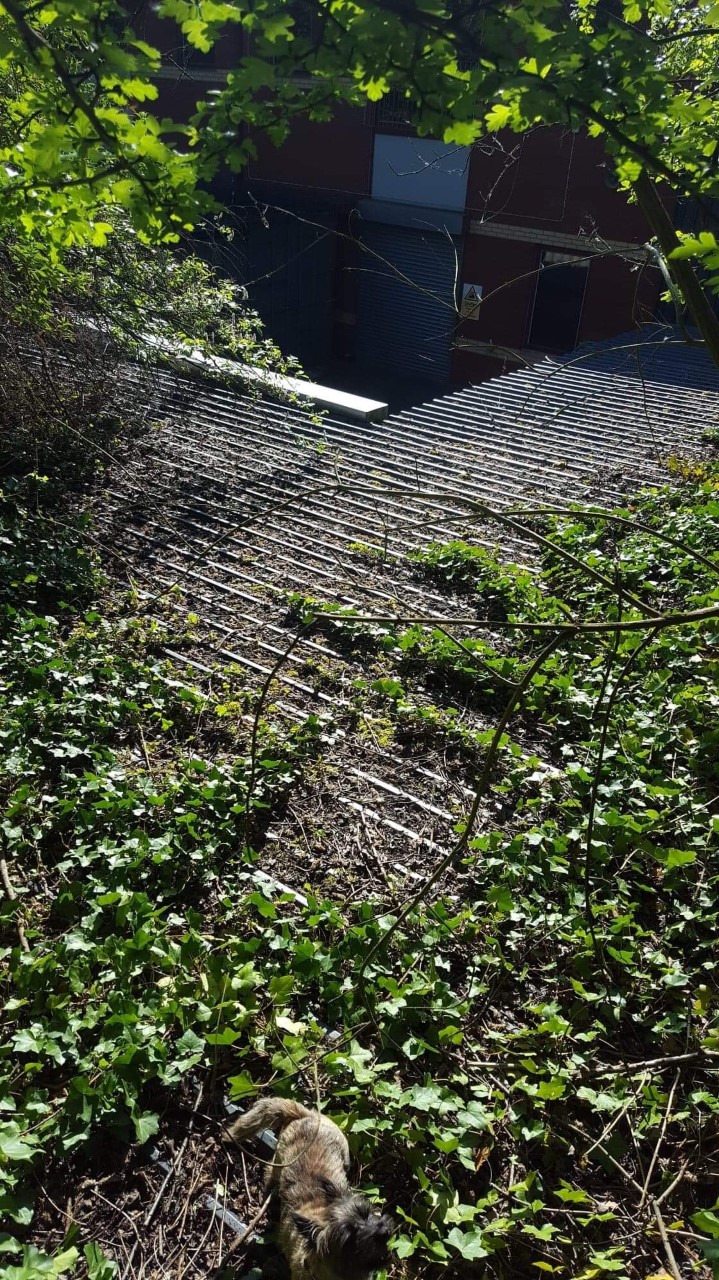 Anyway I got hold of bonnie when I got down & she nearly licked me to death. Owners called me & I tried to explain where I was. They eventually found me about 20-30 mins later. We got bonnie of the roof & then Chris Bonnie’s dad had to help haul me up of the roof too. Lots of tears of relief …what a lovely family who were so pleased to see bonnie safe!! She was a bit dehydrated as unlike night before it was really hot on the Sunday.
I had several lovely people out looking for me whilst stuck on the roof including Shelley Duff who is an amazing lady In the doglost world locally to high wycombe. She put her trip out with her husband on hold & dropped everything to come searching for me. Nicky mc carthy was on her way to dogfest but was on the phone back & forward making sure I was safe. So so appreciated 💗🐾💗 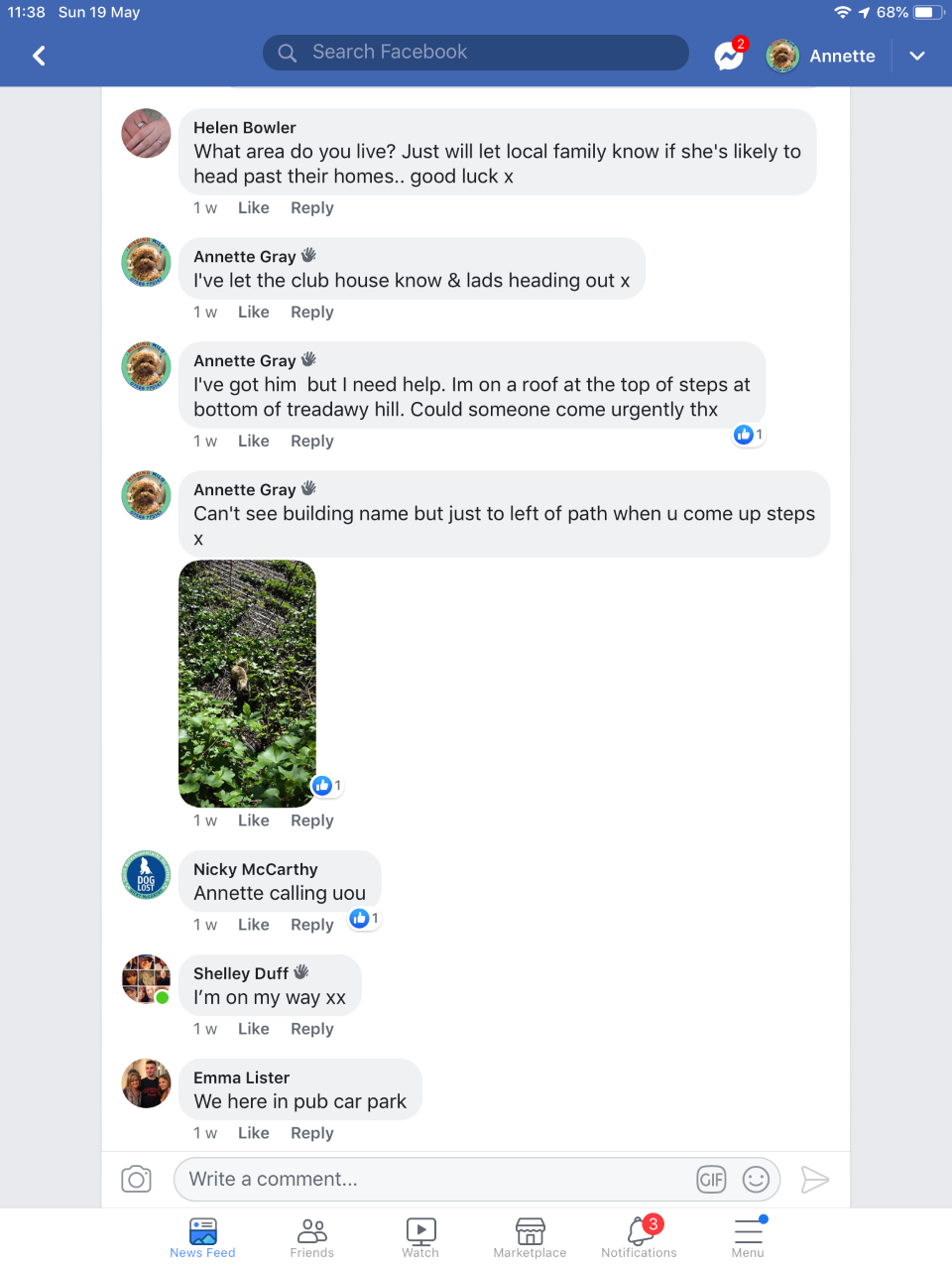 For the rest of the day I was so elated having actually found my first dog after  volunteering with doglost for nearly 3 years!!! Very strange though as on the Monday I had the most awful dread feeling as just kept going over & over “what if”. That cleared  as I was overwhelmed having received your call ( edited to say I left a message …Jayne from admin on Annettes phone…thanking her)   & hearing the very generous(!) gift from family. I hope that works out as an amazing gesture.
Seems bonnie is a very luck girl as she almost didn’t make it previously as was born with a condition that skull didn’t grow at same rate as brain. It was touch & go whether she was going to make it & might have had to be PTS but the condition rectified and she is a gorgeous healthy girl now.
I’ve  included a video to show where the roof was as a bit t off the beaten track. Also a few photos when I first saw her & then the amazing reunion with the family.
What you do is so amazing Jayne so THANKYOU to you & doglost for making these amazing moments possible. Without doglost people would not be driven in the same way to work together to get dogs home safe💗💗 💗