A VET who allowed 24 dogs and eight cats to starve – including 12 husky dogs found in a squalid cellar at his home – has been banned from practicing for life. Gary Samuel, 52, and his assistant and partner Rochelle McEwan, 31, were found guilty of neglect following a trial after the animals were found in a “shocking” surgery.

The practice – which was also Samuel’s part-time home – smelled of “urine and faeces”.

Police found the dogs in cages in the makeshift dungeon after entering a trap door covered by a carpet at Gary Samuel’s Armley veterinary practice in Leeds, West Yorks,.

Eight cats also had to be rescued and not all survived.

One had to be put down on site and a dog was put to sleep the following day. 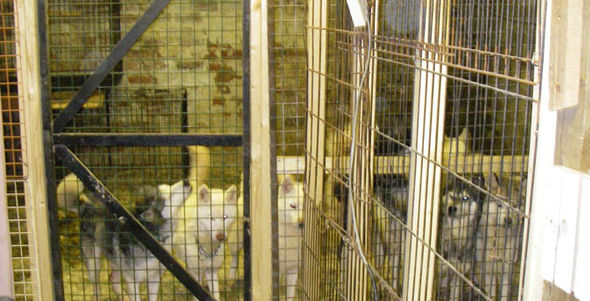 Banning Samuel from practicing for life, a disciplinary committee of the Royal College of Veterinary Surgeons heard how police found a “dirty towel with instruments on a table”.

The panel was told: “As they moved onwards, they found cages, two of them occupied by husky-type puppies.

“They did not appear to have any water or bedding. An officer opened a chest freezer and discovered meat that appeared to be off.

“In the main bedroom Dr Samuel was found. 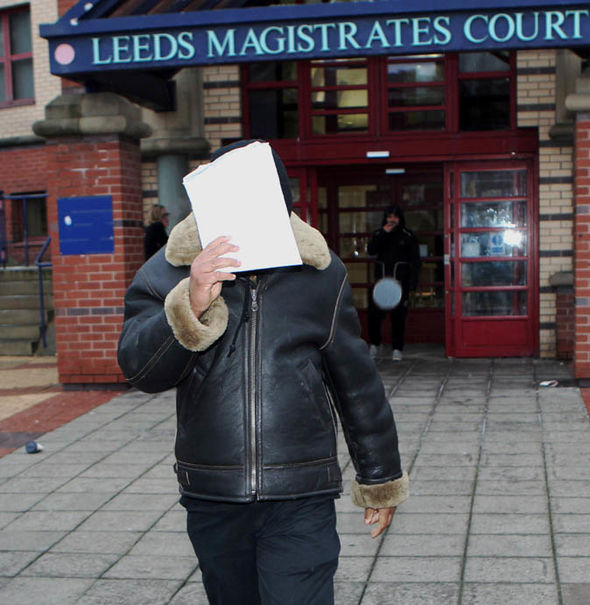 He was sitting on a bed, he had a laptop on his knees and he put his headphones on as a police officer approached him.”

Samuel then directed officers to the secret cellar, the trap door to which was covered by a carpet and a table – claiming the animals belonged to McEwan.

He told officers: “These are her animals.

“She collects them – she never feeds them”. 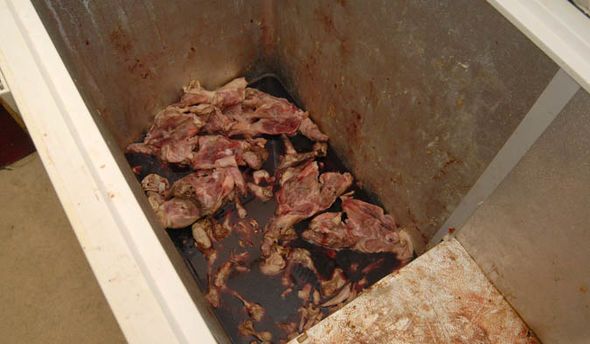