Update from Wayne May from Artisan rescue.

By Jayne / Artisan Rare Breeds & Animal Rescue / 3 Comments / 30th March 2018
Had a call yesterday To Wayne and asked him what he had been up to this week…and he is raising the awareness for British barn owls…read up
The British barn owl.
Barn owl
Latin name tyto alba, ( ancient greek meaning white owl )
First discovered in 1769 by Giovanni scopoli
More about our rescue and projects, as a universal rescue facility, we are conscious about our environment and the impact we as humans have on the wildlife around us.
For over 3 decades we have been rescuing raptors, birds of prey both captive bred and wild bird’s, 10 years ago we as a charity put a lot of thought into how we can help wild natural living birds of prey.
We have several rescued captive bred barn owls with us, which cannot be released under law in the uk, we now use these birds to raise awareness and raise funds to build and erect artificial nest boxes through out eynsford, farningham and west kingsdown. Although ours cannot be released they play a vital role in saving and protecting there wild cousins. Through fundraising and awareness. 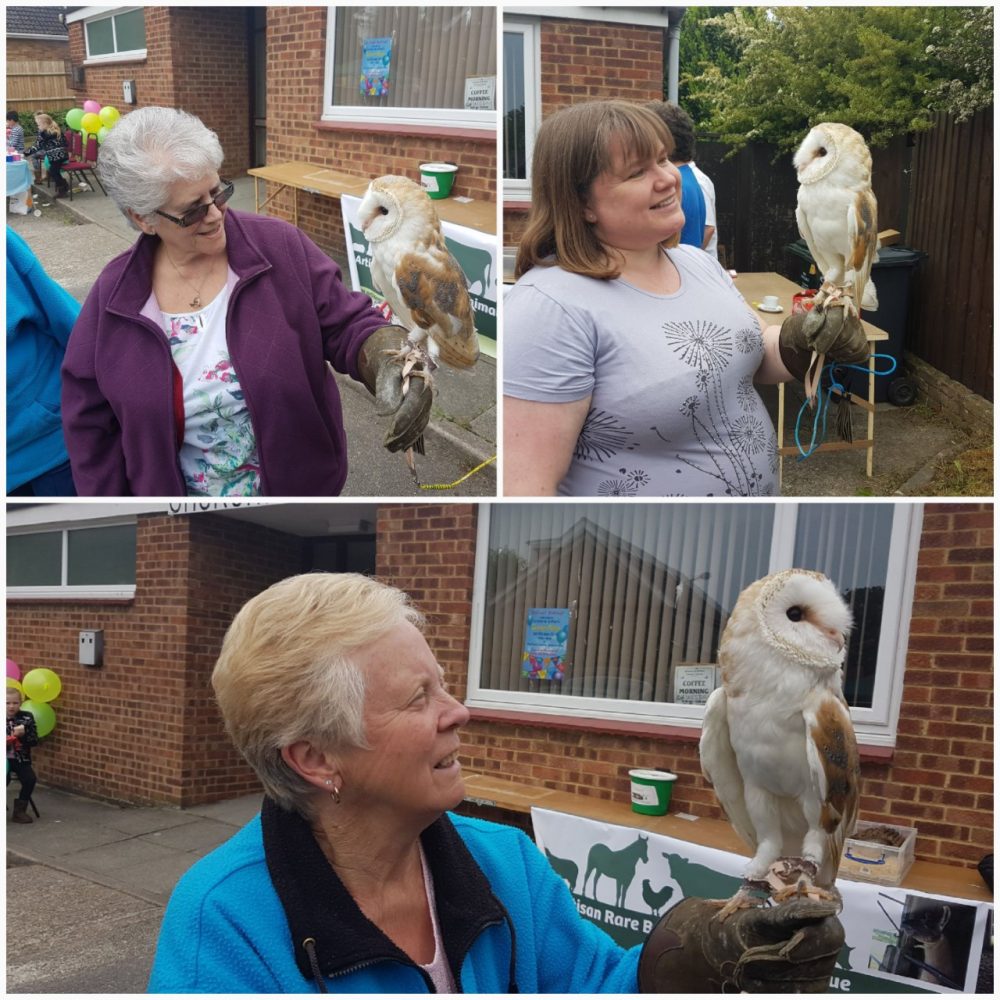 Did you know the barn owl  predominantly eats rodents, consuming an average of 4 rodents a day, around 1500 rodents a year, a natural wildlife control.
They detect there prey by sight and sound using there extremely efficient a-symetrical hearing ( one ear lower than the other ) and facial disc to relay sound to there ears allowing them to pin point there prey even in complete darkness.
Barn owls have soft feathers allowing them to fly and hunt almost silently, the down side to this is the water proofing on there feathers is almost non existant, when we get prolonged wet weather here in the uk, barn owls which are normally nocturnal can be seen hunting during the day.
Due to the way we live today many contributing factors play a part in the loss of habitat for our barn owls, which have been declining in numbers over recent years.
For example our local area study over a year found only one barn owl, thanks to conservation from the local parish, farmers and the erection of new nest sites our recent survey for the same period length shows 9 individual barn owls a truly fantastic increase in numbers.
The IUCN international union conservation of nature list these birds as LC least concern despite the decline in the uk, barn owls are the most numerous of all owl species found on almost every continent except polar regions.
In the UK to keep a barn owl they must be closed rung and have an article 10 certificate corresponding to the ring number by law.
It is an offence to interfere or take barn owls from the wild.
For more information or how to donate or build a nest box for us please email
Artisanrarebreeds@gmail.com
Wayne.