A dog that resembled a “burnt shaggy rug” managed to escape a deadly fire in Greece by hiding in an oven as the blaze devastated the tourist town of Mati.

The traumatised white poodle-cross has burnt eyelashes and was have problems breathing when an animal rescue volunteer discovered him last week.

t is also thought to have killed hundreds of pets and strays as the fire destroyed the seaside town on July 23.

Authorities believe that there are “serious indications” that the fire was started deliberately. 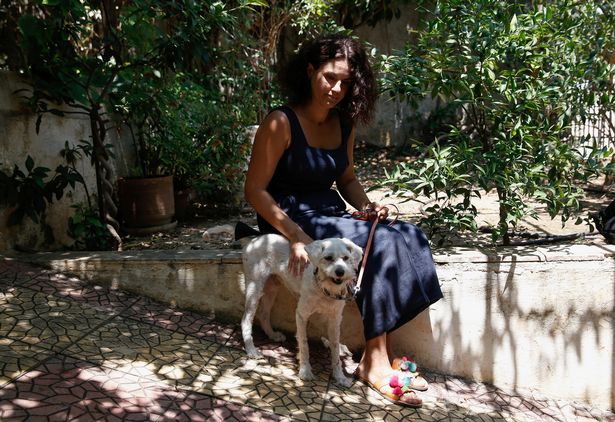 Last week the fire in Mati was one of two which broke out near Athens, which left at least 91 people dead.

Artemis Kyriakopoulou, an animal rescue volunteer, found the dog and coaxed it out with dog food.

She told Sky News : “I saw there was something like an (outdoors) oven, and I figured if anything were alive, it would be in there.”

A local woman, Diana Topali, is looking after him until a permanent home can be found.

She said: “Even its eyelashes are burned, I wonder how this dog survived… He just looked like a burned, shaggy rug.”

You must watch the video here…