Today was our day! Long story short and one of the soppiest posts ever. It started with a dawn check of the camera only to look at over 200 images of foxes, cats, horses etc – no Tarka. No sightings and many fields walked, posters put up we were losing hope. Suddenly we got a call – said maybe it was her – but was nearly 20 mins drive away – but without any other leads we headed over.

A guy – Matt (our new best friend) – had seen a similar looking dog circling the field near his home. We met up with him – he’d listened to everything we had asked and was laying low just trying to keep his eyes on her. As always we were just too far behind and she’d disappeared when we got there. We quietly all crept different ways through fields to see if we could see where she went – we had food, treats, scent trails and all the usual stuff on us. After about an hour we gave up moving – I went and sat in a bush, Matt went back to look from his windows, Deb went and hid in the woods. It felt hopeless again.

Not long after suddenly Deb called – Tarka was back in the woods mooching about. She was heading my way. I called Matt – he headed up behind his house to monitor the adjoining fields. She appeared into my view – definitely her and though with a bit of a limp still very aware and on the move we were relieved but suddenly panicked. The field I was in was massive – how to stop her keeping going straight and get her into an area we could work with. 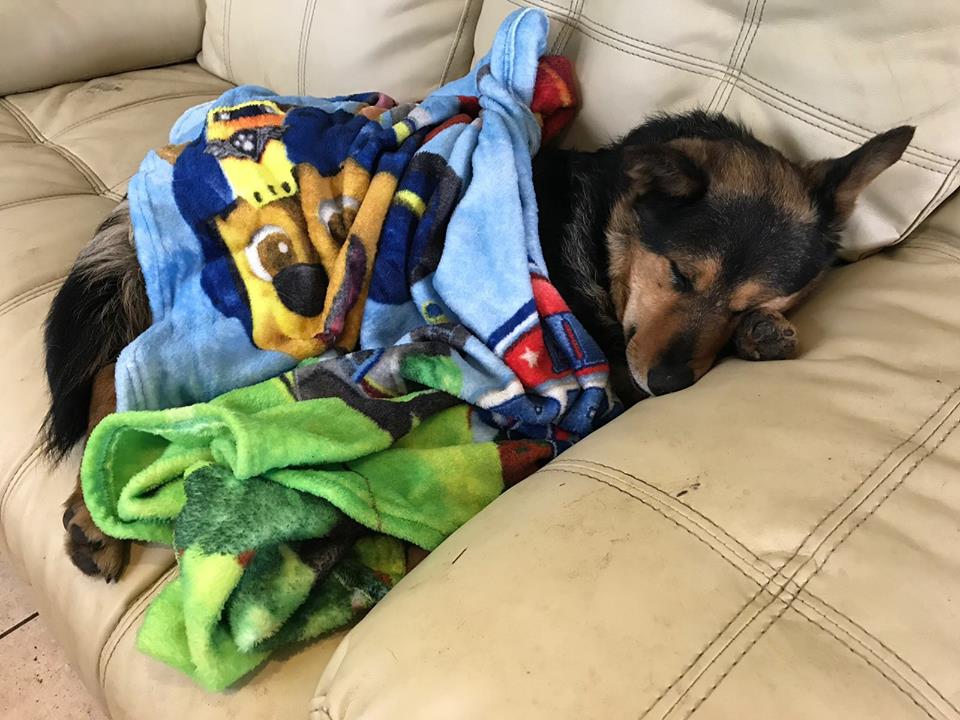 She had moved out of Disley/Marple area now for sure – and circling this field she obviously wasn’t sure where she should go next – all everyone’s hard work sharing, postering, telling people and she was in a new area – the panic, realisation and fear set in. The trap idea was out the window completely now. This girl was so easily spooked she was never going to settle into a pattern as expected – enough for us to work out a routine and catch her in a trap.
We had to decide quickly and change tac. It was massively risky but necessary as she was now in a much more built up neighbourhood and at real risk of the roads again. We worked out the safest area to try and entice her to to stand a chance. As she was heading to go straight across the field I came out of the bush so she could see me but so far away it only made her stop and look – I waved all my foot source and bags in the air and threw them on the grass – so she could see – then ran in the opposite direction to her and hid so I could watch. At first she paused, and all our hearts were in our mouths as it looked like she was going to carry on the wrong way (where we had no spotter). 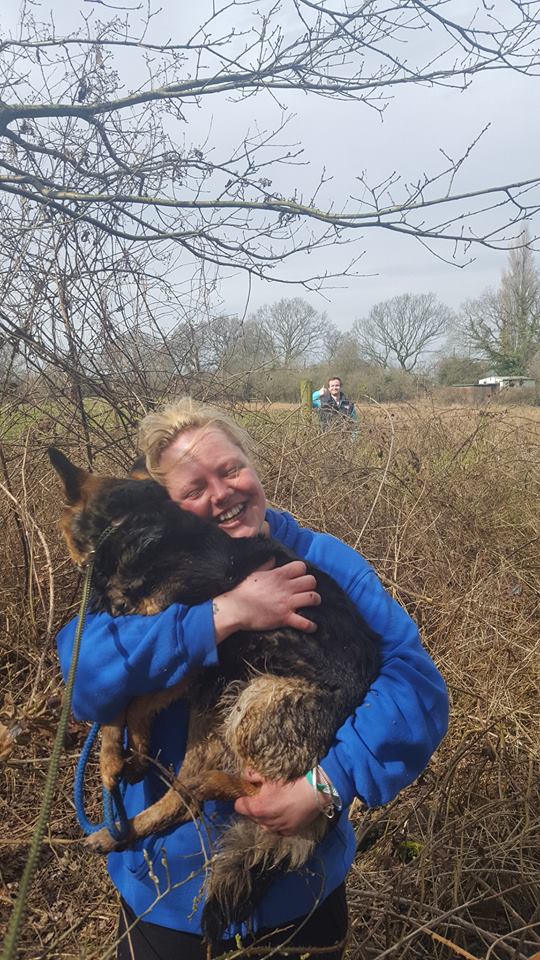 Luckily she suddenly seemed to smell something and headed back – within 10 mins she had found the bones and goodies and was busy munching away obviously really in need. We took our chance and closed in – terrified, sweating, adrenaline running, stressed and exhausted we were on the phone to each other constantly trying to sort the plan– Matt manning the exits to the back field and me and Deb appearing from different sides slowly so we could encourage her into the undergrowth where there were bits of water which would help us hem her in. Anyway – without going on once she had found a spot to “hide” – she thought – we continued to close in from all sides extremely slowly and carefully and Deb went into this bush getting ripped to shreds with thorns but emerged with our girl who had given in and just let Deb carry her out. We cried we laughed, we jumped hugged, kissed her and each other – it was a moment of utter madness and elation and made every bit of the stress worth it – Matt was beaming too and he’d only just met her – the feeling hasn’t gone away – it’s like a dream – but it’s true.
She has lost half her weight – she was tired. 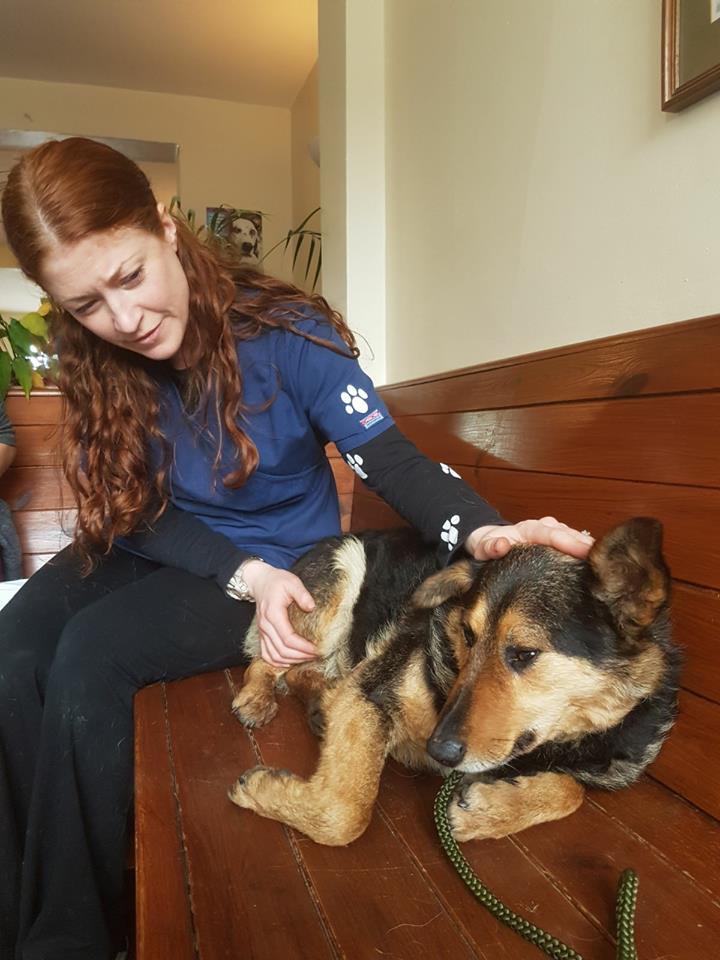 Amazingly, luckily and to really prove today was our day – the wonderful Matt’s wife is a vet – and he said he’d already called her and we were to take her straight in. Charlie at Evergreen Vets in Poynton welcomed us in and gave her a thorough check over. The limp isn’t anything to worry about – we’ve had teeth paws, skin and rear end and stomach checks – weighed and diagnosed antibiotics in case of ecoli or something nasty after what she had been eating. She wouldn’t accept any money and they were completely supportive of everything we had done. How unbelievably kind is that. Also the hydrotherapist there was coincidentally someone who has fostered for us before. Such a small world.

Once home Lou was outside – she’s been holding the fort with Katie and yet was out front jumping about in excitement. I carried her in the door of home and her tail started wagging – we were in bits. She ran to our lamb – the dogs – Lou – she was clearly over the moon to be somewhere she recognised and felt safe and it felt incredible. Having been out so long I wondered if this was what she would prefer at one stage (not that it was an option) but seeing her return I just know – here is home – and here she is welcome for the rest of her days. She’s had a full tin, 2 dentastix, her favourite. She is currently fast asleep on the couch and every so often when she hears something her tail will give a little wag. 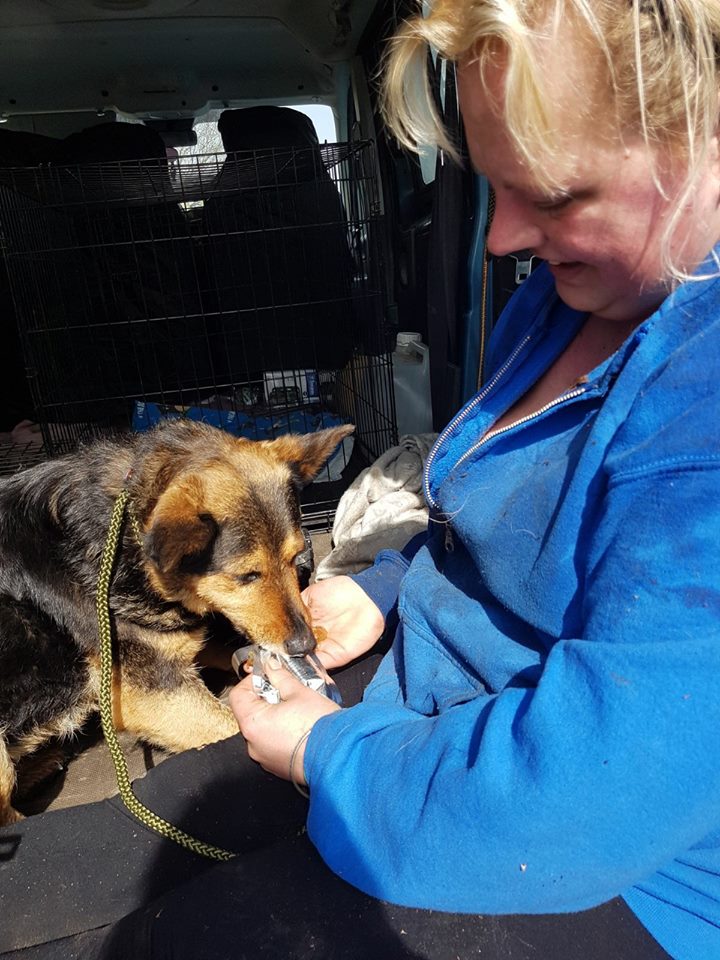 There have been so many heroes – Matt who helped us every bit of the way today and whose call meant she is safe and well here now, all those who have supported what we do, searched, postered, helped in more ways than I can say. Deb for her unwavering effort and support – love for these dogs and the whole daycare/rescue team who kept everything running while we’ve not been around and have been coming helping search in their spare time. I couldn’t feel more surrounded by incredible people.

Disley, Marple, High Lane and all areas including today Poynton….. I will miss your wonderful place, every one of the people I have met through this near 3 week journey have been incredible. The kindness, hospitality, genuine concern and support has been the same with every single person I’ve come across. I am moved to tears by their kindness and that of others who have sent messages throughout.
Karen, Paula, Joanna, Janis, Den, John, Pauline, Christine, those whose names I don’t know, all those who called about her, alerted us to posts, shared and Im sorry ive probably missed so many I can’t even think – all the groups who shared, people we spoke to…. now to celebrate 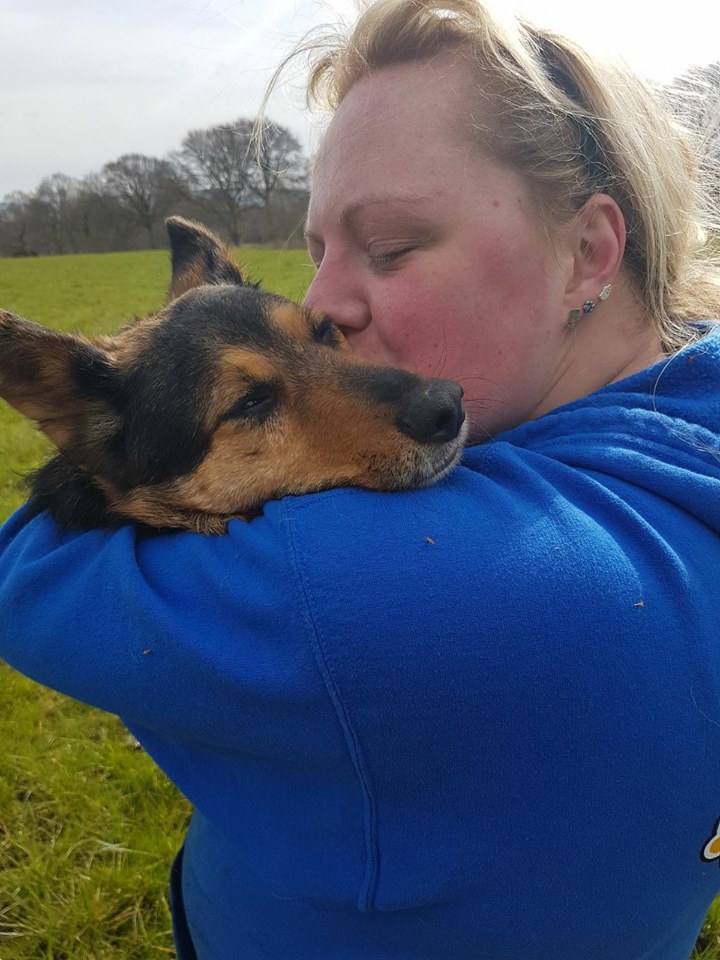