Stolen Willow in the Shropshire Star.

Dog thefts in region increase by 37 per cent

Dog owners are being warned to keep a watchful eye on their beloved pets after figures show that dog thefts in Shropshire increased by 37 per cent last year. 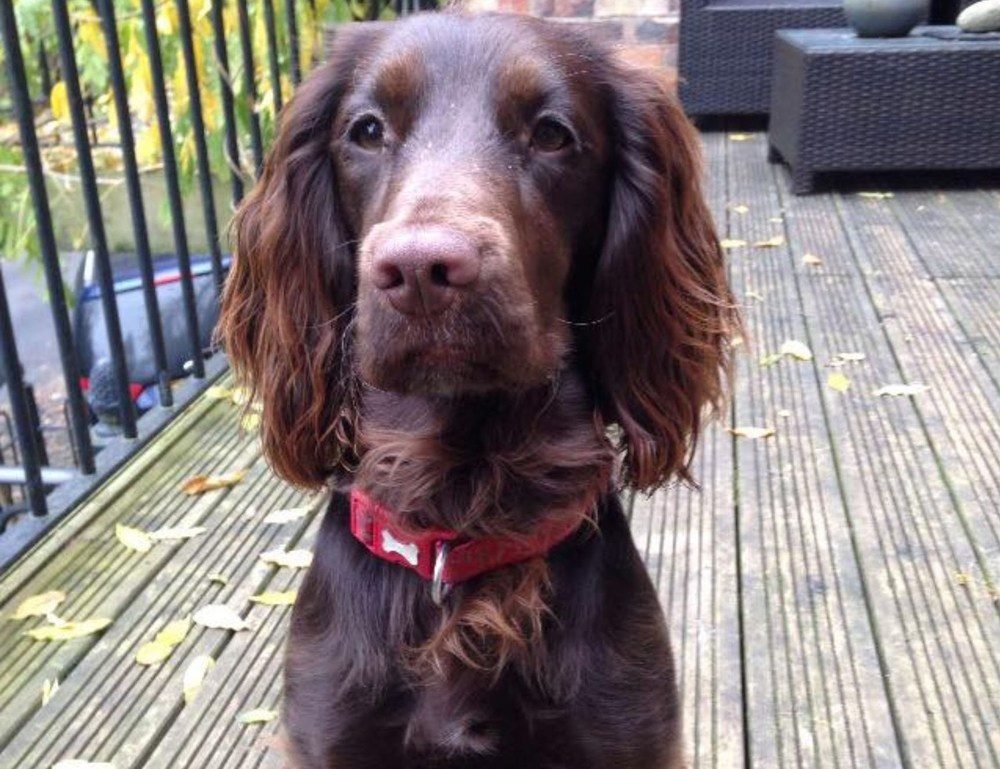 The figures have been shared by not-for-profit organisation DogLost, which said families of stolen dogs were living in a constant nightmare.

And local cases, such as Willow the Sprocker who went missing from her owner’s garden in Much Wenlock last September, suggest figures could be even higher.

Justine Quirk, DogsLost volunteer, said: “We are aware that for the past three years, the national dog theft figure has grown significantly year on year, however we are shocked at the increase in the West Mercia region.

“The families of these stolen dogs live in a constant nightmare, worrying about where their much-loved family member is and whether they are being cared for.

“And the sad fact is, many of the dogs that we still have listed as missing on our database are likely to have been a victim of theft by finding.”

Freya and Ross Woodhall, from Much Wenlock, are still looking for their missing dog Willow.

Freya said: “Willow went missing from our own back garden, a place that we thought was safe. We have searched extensively for Willow but there have been no reported sightings of her since the day she went missing.

“We are confident that she hasn’t been involved in a traffic accident as most of the village came out to look for Willow as soon as we noticed she was missing and there were no accidents involving dogs reported in the following weeks.

“We firmly believe that Willow was either physically taken from our garden or has been found and kept by someone who thought she was a stray or by someone that has sold her on.

“Willow is microchipped and spayed and missed very much by our entire family and we desperately want her home. We’re never going to give up looking for her and we hope that anyone who may have any information on Willow will get in touch.”

Any dog found straying must legally be reported to a local dog warden or the police. Failing to do so is classed as theft by finding.

DogLost said owners should try to limit the risk of their dogs being stolen by not leaving them unattended in vehicles or tied up outside shops.

If a dog is stolen, the theft should be reported to the police on 101 and their microchip company called.

Anybody with information about Willow is asked to call DogLost on 0844 800 3220 or at doglost.co.uk