As told by co-ordinator Christine who was out with owner looking….

Jess was seen several times during the night by a police patrol car, the 2 female officers were gutted they couldn’t catch her, they saw the DogLost poster on social media and let The owner know… JESS WAS NOW A “WANTED” By the police.
Searching continued through the morning and I joined the owners at about noon.
We had one of their other dogs with us and we started searching the area.
We spoke to many people and gave out DogLost cards.
I then received a call from DOGLOST HO (well about 4 as signal was bad) and was able to tell her frantic owner that she’s been Found,
She had managed to stay in the missing area and we are certain that she heard the other dog barking and was making her way to the bridge.
A couple spotted her that we think we previously spoke to and between them and a Poor Jogger managed to catch her. Janet a passing dog walker put her in her van and made the call to HO.
Owners were in floods of tears and hugs all round. Jess is sooooo Tiny, gorgeous Girl 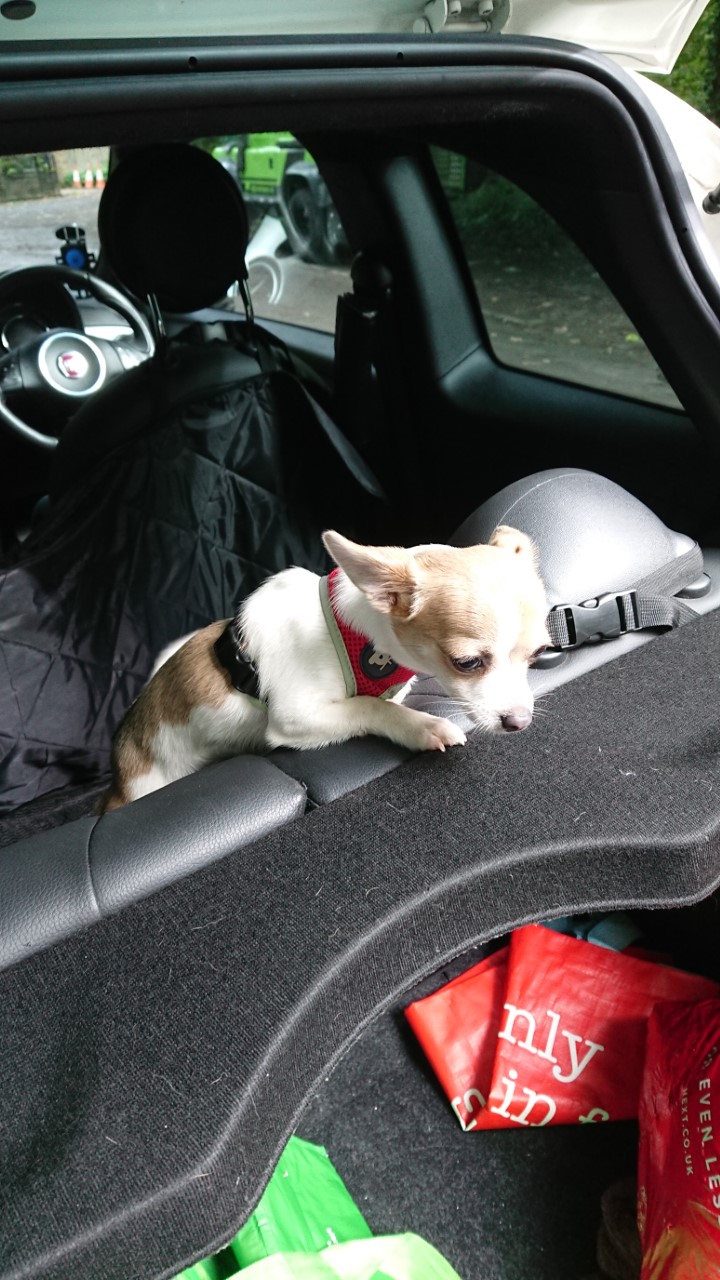 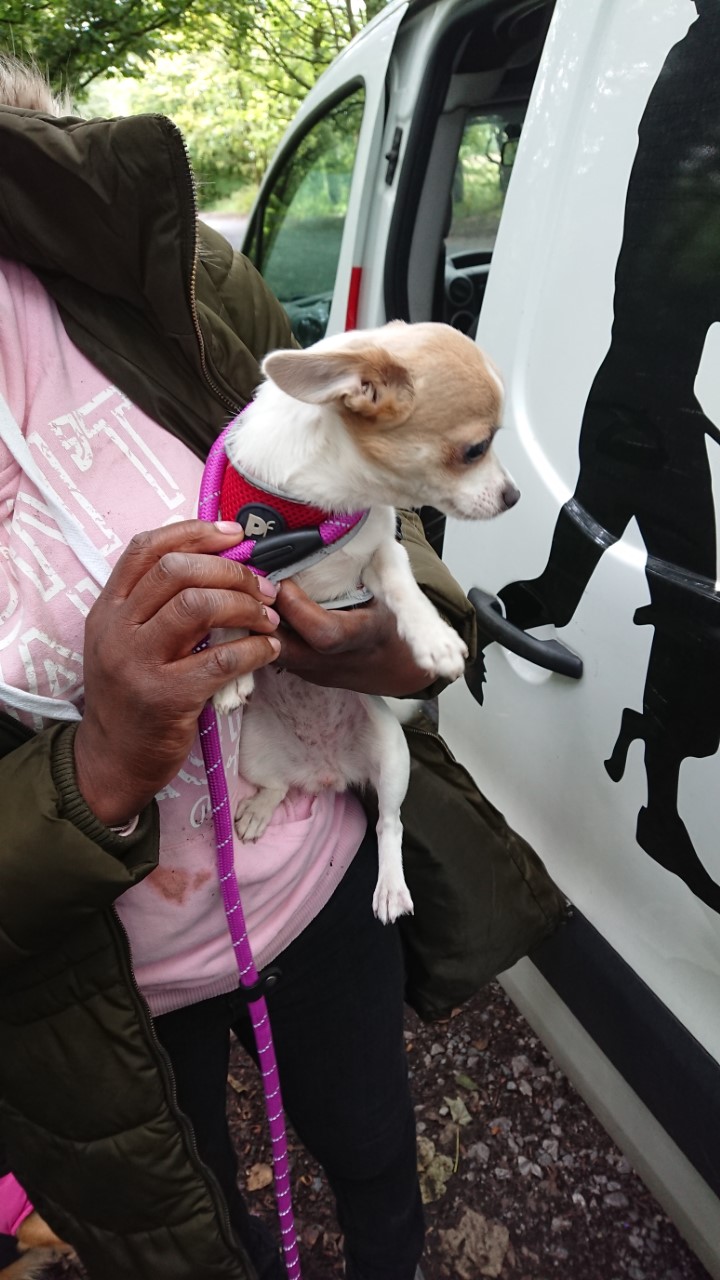