Tiny Rocky was seen and waddling across a road alone, by Daisy’s owner Molly Mackeown, while out for a drive in her hometown of Hertford.

After failing to find the duckling’s family, kennel worker Molly took her home and named her Rocket – and the tiny fluff ball formed an unlikely friendship with Daisy.

Two-year-old Daisy was used to living her best life as a pampered only pet, enjoying normal dog activities like chasing her ball.

But she quickly took Rocky under her paw – and now the pair are inseperable. 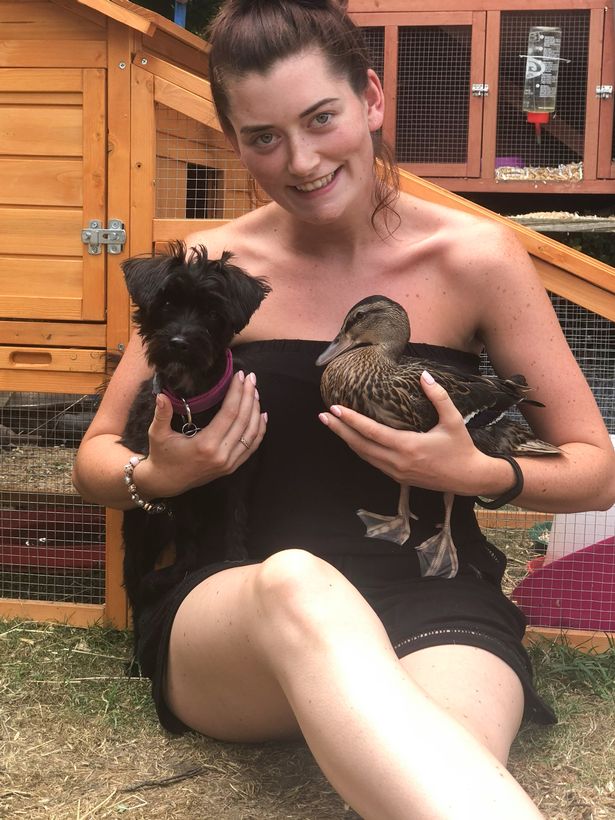 The odd couple love nothing more than snuggling up together, having joint baths and chasing each other around the garden.

Molly, 23, said: “Rocket was about three to four days old when I brought her home and at first she lived in a big box inside under a heat lamp.

“She now lives outside in a chicken coup but I bring her inside a lot.

“When I first brought her home to my dog Daisy, she was really interested in her but also a little bit wary as she didn’t know what she was. But Daisy loved her from the first time she saw her. 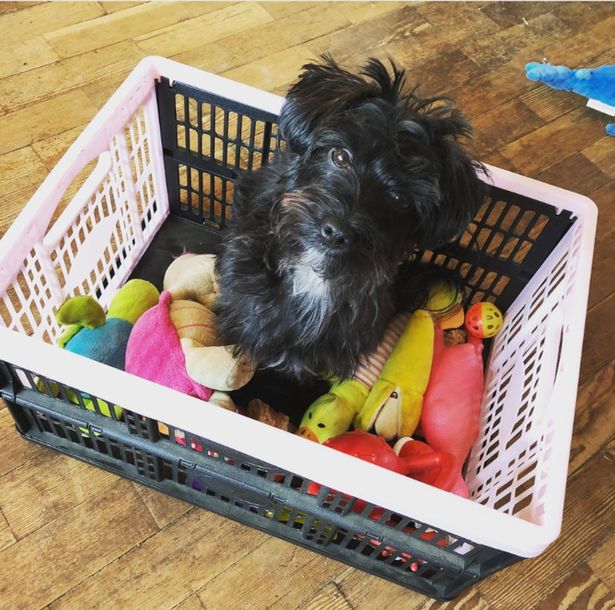 Rocket has followed Daisy everywhere. Right from when she was a younger duckling, she is just attached to her. They’ve got the most random relationship, they just love each other.

“Rocket has a pool in the back garden that she likes to swim in and Daisy gets in there with her. They also chase each other, it’s really weird.

“They walk around the garden together, sleep together, curl up on the bed together. When I bring Rocket inside she’s basically like a dog.”

Now a full-grown duck, Rocket seems to have grown up thinking she is a dog as she chases Daisy around and snuggles up to her for naps.