Priceless moment golden retrievers ‘get it on’ for family photo

A pair of randy golden retrievers have hilariously ruined an innocent family photo by getting it on. When Liam Bornovski, 23, flew back to visit his family on the remote island of Palau in the western Pacific, he was excited to pose for a portrait to remember. He said it was only right their beloved five-year-old dogs Finn and Nemo be included in the photo as they are a very special part of the family. 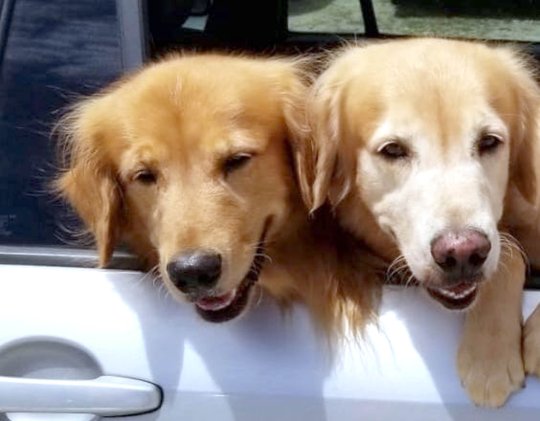 But Liam, who lives in New York, US, said he never imagined the dogs, who are actually brothers, would ‘get it on’ just as the photo was being taken late last month. ‘The photographer went to take the picture and Nemo just starting humping his brother,’ Liam said. ‘I couldn’t believe it. ‘I know it’s kind of weird that a male dog would do this to his brother, but I think it is kind of a dominance thing. ‘Nemo always seems to hump his brother. He is tiny, he was the runt of the litter so I think he does it so he can feel dominant. ‘Everyone cracked up laughing, it was hilarious. You can see our reaction in the photo which is just priceless.’ 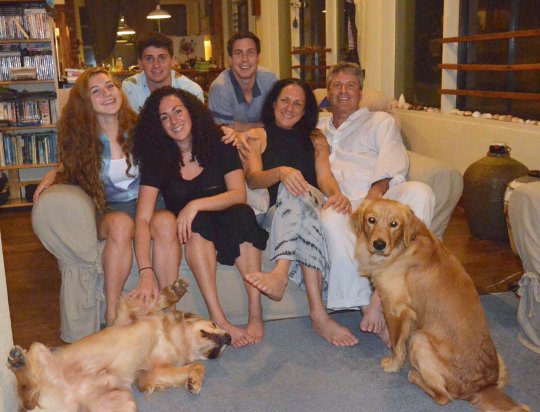 Liam said he loves the photograph so much he plans on framing it, adding it is the best portrait his family have ever taken. He added: ‘It’s so nice to have captured such a funny moment. ‘I’m definitely going to frame it and hang it up on the wall. It’s the best family portrait we’ve ever taken. ‘They’re both really sweet dogs and we love them so much. It was just something funny that happened, we’ll never forget it. ‘Now we will have this hilarious photo to remember the moment forever. It’s perfect.’