Fed-up village residents have come up with a “poo-shaming” map in a bid to tackle dog fouling.

Amanda Carlin, who dreamt up the idea, said it was “not for the squeamish” as users can also upload photos of any unwanted deposits.

She said it was a “fun way of addressing a serious issue”.

Where poo is reported, she marks it on a map of the village using a smiley poo emoji 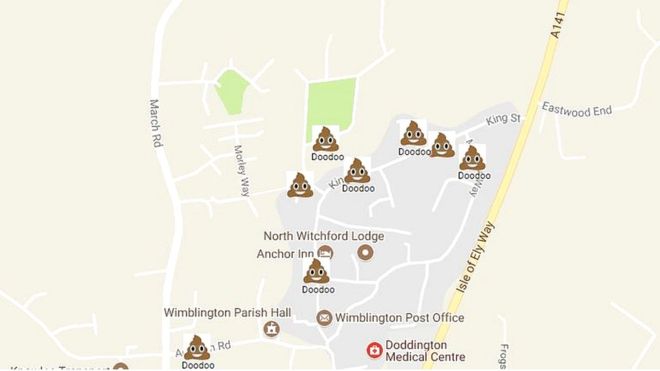 The reports are then passed on to the local council, or, in some cases, cleaned up by the village’s most dedicated faeces fighters.

The map will show people where it is safe and clean to walk with their children and pets, she said.

She plans to monitor the scheme to see if the public posts result in fewer cases in the village.