Officers smashed its closed windows to retrieve the panting pup after it was spotted stuck inside.

Its owner was given a telling off by the hero cops in Bromley, South London on Wednesday — where temperatures topped over 30C.

One officer told local paper the News Shopper: “The window was smashed so that the dog could be removed from the hot van and the driver has been given suitable words of advice by the attending officers.” 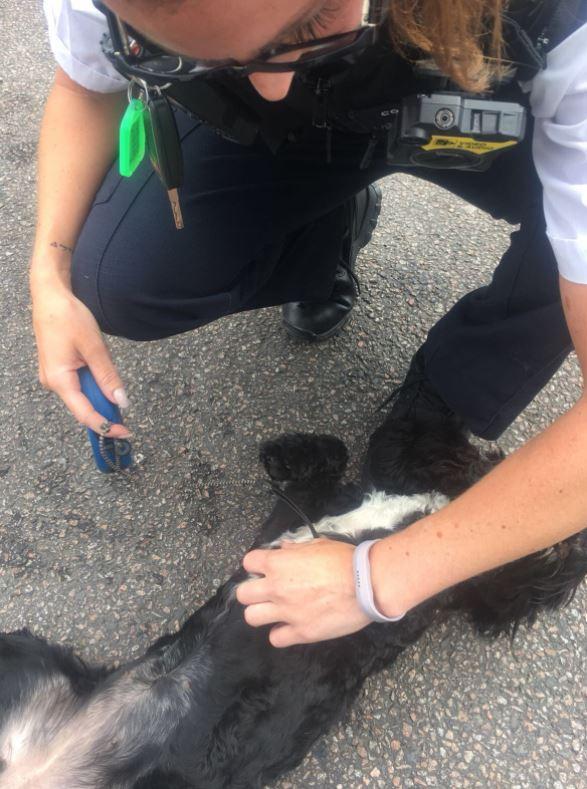 Tweeting pics of the grateful pooch today, a spokesperson for the Met Police in Bromley wrote: “We were alerted to this dog locked in a van in #Bromley this afternoon.

“It’s 30 degrees outside! Officers left with no option but to break van window to get the animal out. #DogsDieInHotCars #520PY”

The dog was grateful to its rescuers, lying down to get a tummy rub from one officer.