The seven-month-old Staffordshire Bull Terrier puppy from Stoke on Trent had to undergo surgery to remove a chicken bone she had swallowed after stealing it from the dinner table. Owner Lesley Paterson immediately took the puppy to PDSA’s Stoke Pet Hospital.

Kate Cavanagh, PDSA Vet, said, “The x-ray showed the bone lodged in Sapphire’s stomach. There was a real risk, due to its size, that it could have led to a life-threatening blockage in her bowel.

“We knew we had to carry out an emergency operation to remove it as quickly as possible.” 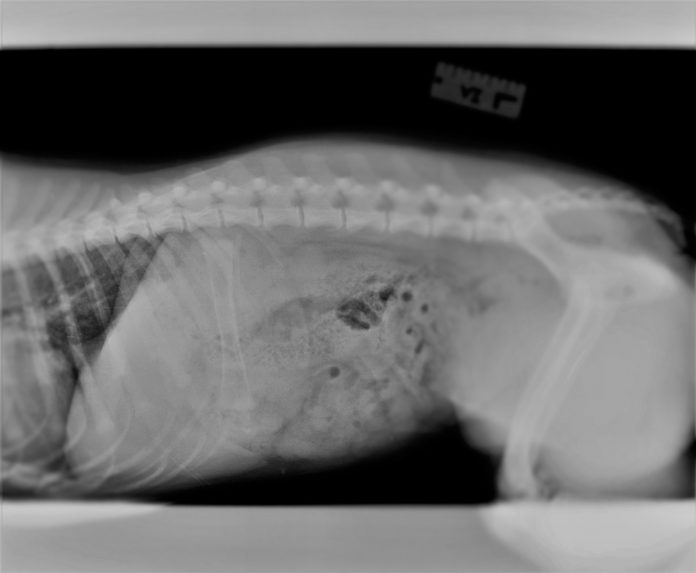 Surgery went smoothly, and Sapphire was able to return home after spending one night under observation – but with high temperatures and good weather expected this weekend, PDSA vets fear they may find themselves facing more cases like this as many people will take full advantage to set up a barbecue. Common treats such as ribs, corn-on-the-cob and chicken drumsticks can prove fatal to pets if swallowed.

“PDSA warns that bones can be dangerous to dogs as they can cause digestive tract damage caused by splinters, particularly with cooked chicken bones,” the charity says. “Larger pieces of bone can also cause blockages in the throat or bowel, which is life-threatening.” 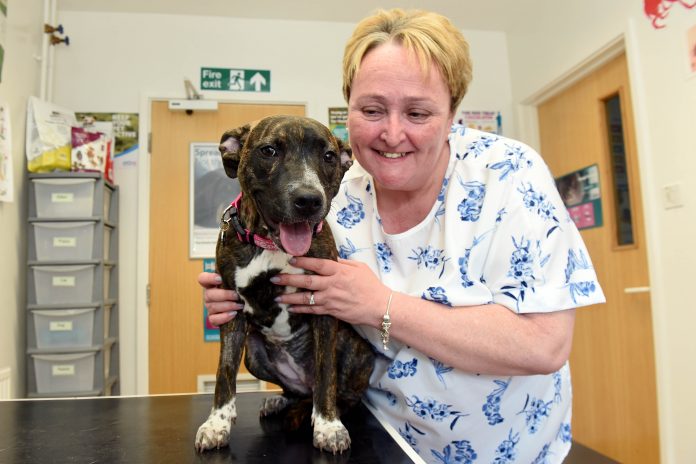 Kate added, “We would advise keeping unsuitable foods out of paws’ reach and sticking to dog friendly chew toys – these don’t present a choking or blockage risk and can also help keep your dog’s teeth clean.”

You can find more advice on how to keep pets safe during barbecue season here.