×
Home / News / One-eyed dog abandoned after being shot in face

One-eyed dog abandoned after being shot in face

A one-eyed dog was left to die after being shot in the face and beaten with a hammer. Terrier, Bubbles, was just a small puppy when she was left with a shattered jaw and unable to eat. She was dumped at a dog shelter and was due to be put down when a charity nurtured her back to health and is now making a remarkable recovery.

Doting owners Kilyn Horton, 50, and Francisco Muldoon, 55, took her in and documented her journey on Instagram, where the puppy boasts 18,000 followers. 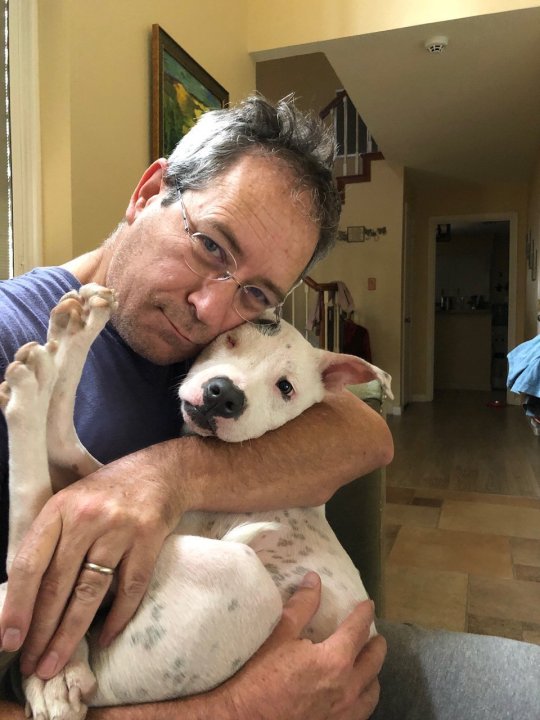 The puppy was six months old when the pair found her with life-changing injuries while volunteering at Houston Pets Alive, in Texas. Owner Kilyn, who runs a mobile dog grooming business with Francisco, said she knew she had to take Bubbles home when she saw the suffering she’d endured. Kilyn said: ‘She looked so sad and lonely when we first saw her. She paced around her crate and as soon as we opened the door she buried her little head into my chest. ‘She just wanted to be loved. There was an instant connection and we knew there and then that we had to have her.’ The couple took her home for treatment at their local veterinary practice, Sugar Land, in their home town of Houston. 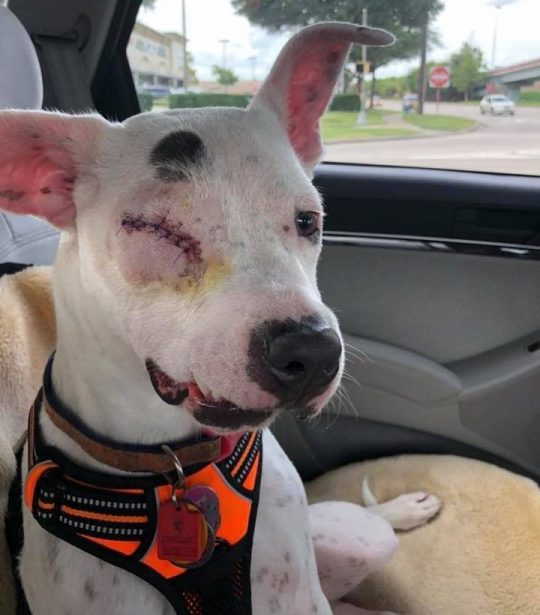 X-rays revealed a 9mm shell was still lodged in Bubble’s skull and vet Dr Matt Sherwood discovered the bullet had destroyed her right ear canal. Kilyn said: ‘We also noticed she was having trouble eating. It turned out that after surviving the shooting, she’d been beaten with a hammer. ‘Her right jaw joint had been shattered and the damages bones had grown into a calcified lump as they healed. ‘Bubbles could only open her mouth about half an inch. It’s amazing that she could get any food down at all.’ Bubbles had part of her lower jaw removed in a three-and-a-half hour procedure and after extracting the bullet, vets handed it into the police for forensic tests. She also had ear canal removed and her right ear stitched closed. In a further round of surgery in August last year, the remains of her damaged eye were removed and her right socket was sewn up.