Missing Flora in the local paper

An appeal for help is being made to find a recently adopted dog that slipped its lead and ran off in Broadstairs.

Flora is a six-year-old, female poodle who is extremely nervous.

She ran off after being startled by a group of people while being walked in Broadstairs yesterday (July 17) and headed towards Gladstone Road.

She has been sighted in St Peter’s near the Little Albion pub and also by the Broadstairs university campus close to Westwood.

Her owner lives in Ramsgate Road, Broadstairs, so she may be trying to find her way home.

She is wearing a Cinque Ports Rescue tag with the rescue and her owner’s numbers on it. 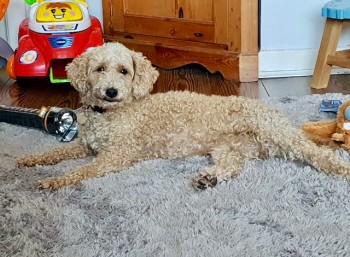