Missing dog reunited with family after vanishing five years ago

A dog who had been missing for five years looks unrecognisable after being reunited with her owner. Lotty went missing in April 2014 while her owner, Dawn Proctor, 58, was moving house. Miss Proctor, 58, from Stoke-on-Trent, Staffordshire, was heartbroken and refused to give up hope of finding her lost pet.

She set up a Facebook page, registered Lotty on DogLost UK and created hundreds of posters to share across the town 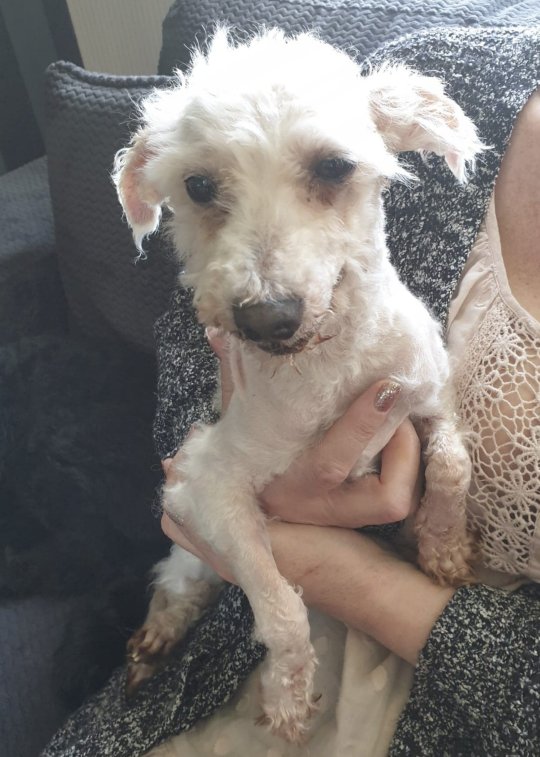 But then on Wednesday last week, Miss Proctor received a call from a local vet asking if she owned a dog called Lotty. As the pet was microchipped, they were able to quickly trace her owner and reunite the pair for the first time. Miss Proctor said: ‘My heart felt like it was jumping out of my chest when I got the call from the vets to say they have my Lotty. ‘I was shaking and quickly called my family to let them know the news as I needed to go and retrieve her. ‘She’d been spotted by two women who saw her running down the road and thought she looked thin. ‘Lotty doesn’t look like the fluffy puppy she once was, her hair was all matted, her teeth were rotten and we think she has been kept outside all this time with little to no food. 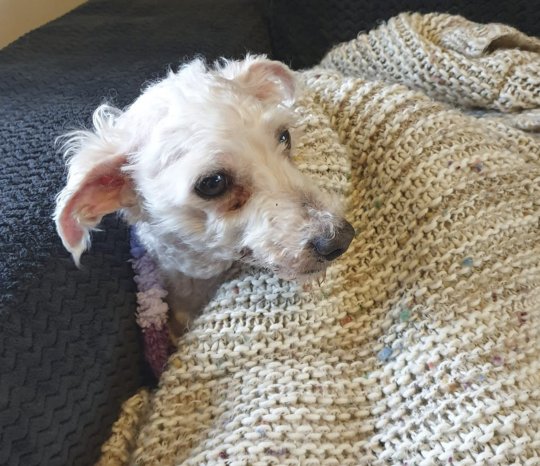 It’s heartbreaking as she has been so neglected but I’m so relieved that her nightmare is over. She needed to have 17 teeth removed so she only have four left now. ‘I can see all her bones too but she’s on a lot of pain killers and is constantly eating now. We’ve since shaved her hair too as it was like dreadlocks so we had no other choice.’

Lotty first went missing when Miss Proctor moved house on April 17, 2014, after the pet slipped out of her harness. The owner recalled: ‘I asked my friend to have Lotty overnight on the day I was moving house. ‘But something must have spooked her as she ran off after slipping out of her harness. ‘We knocked on so many doors in an attempt to find her but nothing worked. I never gave up though, I thought I was going to have a mini breakdown when she disappeared. ‘I couldn’t believe she had gone and no one had any sightings of her.’

Miss Proctor says she’s going to make up for lost time with Lotty, now aged five, by ensuring she gets lots of cuddles. A spokesperson for DogLost UK, which reunites families with lost and stolen dogs, said: ‘We were overjoyed when we received the update to say Lotty had been found and taken to a vets. 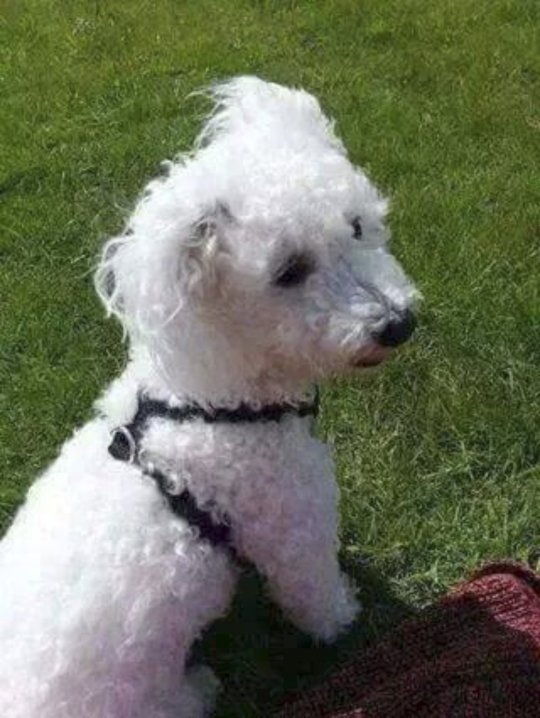 ‘Dog theft brings devastation to owners and families and it’s now estimated that more than 60 dogs a week are stolen in the UK and Wales. ‘Lotty’s case can bring hope to families that dogs can be reunited with their families even after all this time and that’s why we never give up supporting the families of lost and stolen dogs. ‘It also highlights the importance of having your dog microchipped, checking the chip details are up to date and having vets check that it’s still in the correct place to be found using a scanner.’