This loyal dog has been waiting at the entrance to a hospital for over a week, unaware his owner is dead. Toto’s owner reportedly asked for him to be brought to his bedside so he could say a final goodbye. But when the six-year-old labrador’s owner passed away, none of his relatives took Toto with them, according to local media. 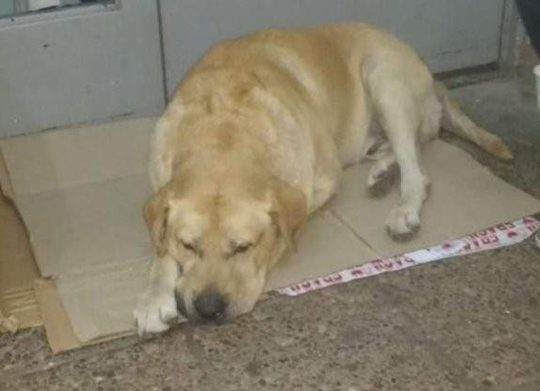 So Toto has been sitting outside the door to the hospital in San Salvador in Argentina every day for over a week. Fatima Rodriguez, a member of a local animal protection organisation, said they are looking for a new owner for Toto and said ‘the person who adopts him should have a closed house’ as there is a risk the dog will escape to go back to the hospital to wait for his owner. Toto has reportedly been treated by a vet and needs to undergo surgery on one of his paws. The dog will also be castrated. Local media report Toto is well behaved and is welcoming to all those who stroke him. A neighbour who is looking after the dog in the meantime said: ‘He seems to believe his owner is going to come out someday to take him home.’