It’s been a busy summer in the football transfer market. Liverpool have signed a goalkeeper for almost £67m and Cristiano Ronaldo was sold to Juventus for £99.2m.

But at National League side Leyton Orient, they are on the look out for a signing with a difference.

The east London club have asked fans with male dogs to help them move some unwanted foxes.

A number of the animals have been spotted on their Brisbane Road pitch.

The club want fans who can come and take their dog for a walk around the pitch.

“The club have been having issues with foxes entering the playing surface at night (quite literally the one time we don’t want a fox in the box)”.

Luckily for the club, a keen candidate has already got in touch.

“Harry K9” turned up for the first day in his new job and judging by the pictures, he may also be giving some of the players a run for their money. 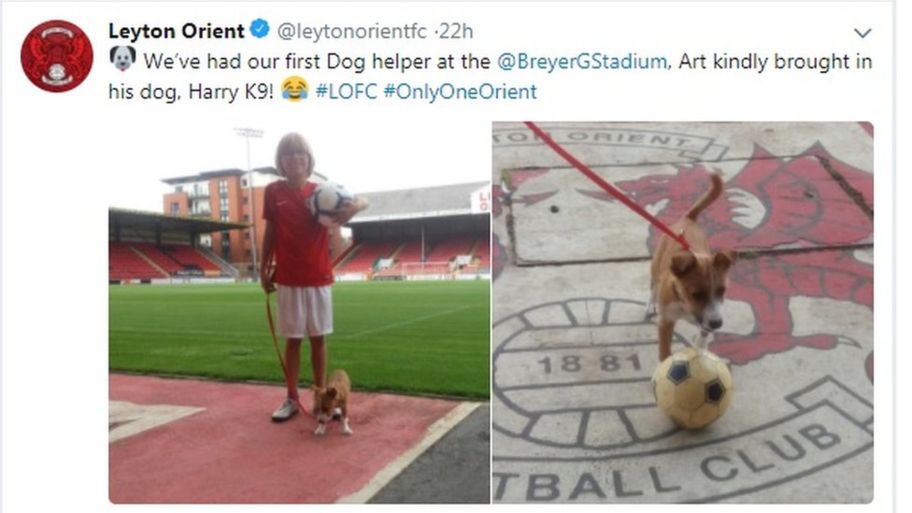 The club have asked specifically for a male dog saying:

“It is thought a dog’s presence will help prevent further pitch invasions.”

Any interested canine candidates can apply to the club’s marketing department.