Alice Broadfield has praised her local postman for his quick actions in finding her family’s missing dog – Peggy.

Alice and her family spent the next 24 hours contacting the police, the dog warden and passing out missing dog posters around the neighbourhood. Peggy was even added to the Dog Lost website, which is listed as the UK’s largest lost and found dog service. 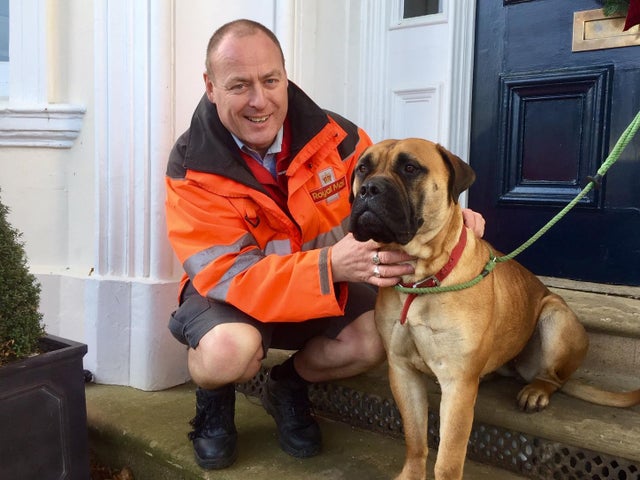 She also asked her local postman, Steve Malin, for help too.

Alice said: “I just mentioned it to him and he said ‘he’d keep an eye out for her because he’s found dogs before.’

“Then he just turned up at my door half a half hour later with our dog.”

Peggy’s return was like a Christmas miracle come true for Alice. Peggy had escaped the family’s back garden with another family dog, Dave a black labrador retriever, who has a history of escaping. Several hours later Dave returned home without Peggy.