PET owners are being warned to stop their dogs from eating killer conkers. The highly poisonous seeds of the horse chestnut tree pose a double autumn threat to dogs snuffling around in parks and the countryside.

By STUART WINTERNot only do the shiny brown nuts contain toxins that cause dogs to vomit, collapse and possibly suffer fatal respiratory paralysis, they can also cause severe blockages in an animal’s digestive system.

Poisoned dogs can start displaying some of the horrific symptoms of poisoning within one to six hours of eating the nuts.

Leading pets charity Blue Cross is highlighting the threat after treating dogs that have fallen ill from eating conkers and also receiving reports of children throwing the nuts innocently for a pet to catch.

Half-term is the traditional time for families to go out collecting conkers among the leaf fall. Besides stringing conkers to play the eponymous playground game, using the dark brown seeds has become increasingly popular in households as a deterrent against large spiders and clothes moths. 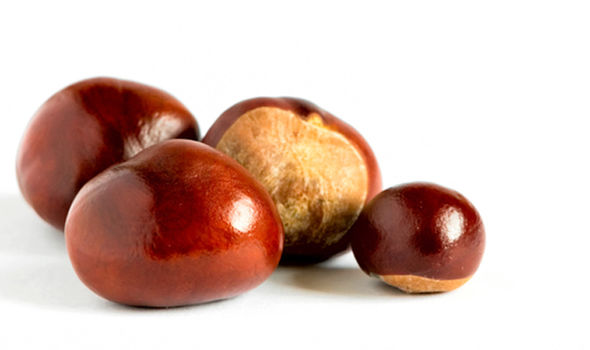 lue Cross says anyone who fears their pet may have eaten a conker should contact a vet immediately.

“Conkers may be synonymous with autumn, but few people realise that these nuts can pose a serious health risk to your pet if ingested,” says the animal welfare charity.

“Although cases are rare, Blue Cross has treated dogs who have fallen very ill after eating conkers. In one recent case, children had been innocently throwing conkers for a dog to catch, unaware of the dangers.”

Pet health experts say conkers contain a chemical called aesculin, found in all parts of the horse chestnut tree, including the leaves, and which is toxic to dogs.

“Although fatalities in cases where dogs have consumed conkers are thankfully rare it is still very serious,” says the Blue Cross.

“Dogs who have eaten or swallowed conkers, allowing the toxins to enter their body, can be very sick. They can vomit, collapse, have diarrhoea, get very restless with the discomfort and pain, become severely dehydrated and go into toxic shock.

“It has also been reported that dogs can experience respiratory paralysis and can die. Signs of illness usually arise after a couple of days but dogs can show signs of being poisoned within one to six hours of consuming the conkers.”