‘It was the wife or the dog’

Husband who leapt from upstairs window of blazing home reveals how he had to choose between saving his partner or his pet.

A married couple have been left devastated over the death of their dog after a fire burned down their home.

Malcolm and Karen Catterall are lucky to be alive after blaze tore through their house in Walkden, Salford, on Monday night.

Their son Correy, 23, also survived the blaze which broke out after 11pm.

As he was returning from work late the couple had put a pan of peas on the hob for their son to keep them warm– but had then gone upstairs. 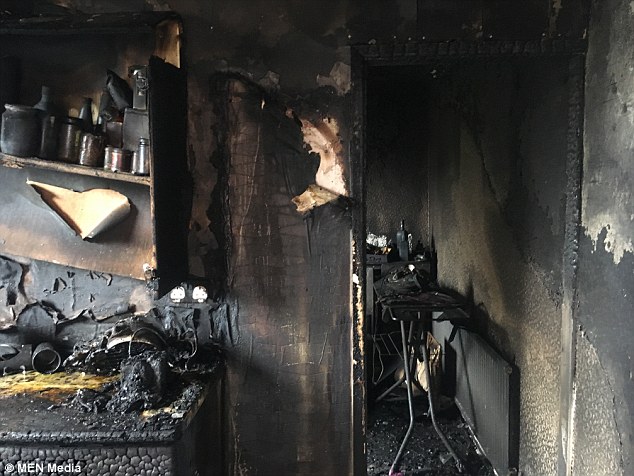 ‘It’s one of those things you think could never happen to you,’ says Malcolm.

‘We’d left the pan on the lowest heat for about 15 minutes. Then Correy opened the door and it went up.

‘It was like something out of a film. The back-draught caused it to go through the whole house. We couldn’t get down the stairs.

‘We used to live in a wooden house in Sweden and there were fires there all the time.

‘That combined with being in the Navy meant I always had a contingency plan if there was ever a fire. I just held my breath and crouched below the smoke to get out…