×
Home / News / ‘I’m surprised no one saw him’: basketballer flies into Australia with dog in hand luggage

‘I’m surprised no one saw him’: basketballer flies into Australia with dog in hand luggage

A pet bulldog that flew into Australia stashed in the hand luggage of its American basketballer owner has been deported.

Lamar Patterson’s French bulldog, Kobe, was sent back to the US on Friday after the American player and Brisbane Bullets recruit arrived at Brisbaneairport with the dog tucked away in his bag.

Patterson was released after being briefly detained, but his dog was held in quarantine, the Department of Agriculture said.

Patterson, who will make his NBL debut for Brisbane on Sunday, said the affair was a “misunderstanding”.

“I was not trying to scam my way into Australia with a dog – if this is big news then Australia is an amazing place to live.”

He said the only reason a well-behaved Kobe was discovered was because he barked at customs search dogs at Brisbane airport.

“I am surprised no one saw him [on the flight],” Patterson said.

“He’s a quiet dog. He slept most of the flight. But once I got to Australia the only reason why people found out because he started barking when he saw the search dog.”

Patterson boarded a Qantas flight to Australia after taking an internal flight in the US on American Airlines, which allows pets on board.

He said he had travelled with Kobe overseas before and was unaware of the Johnny Depp-Amanda Heard saga of 2015 when the US star couple illegally smuggled their Yorkshire terriers Pistol and Boo into Australia.

“I learned about [Depp’s] story as soon as I landed. This is not the same,” he said.

But an apologetic Patterson said he was quickly made aware of the drama he had caused when he was surprised by a media pack at Bullets training on Friday.

Patterson confirmed Kobe had left quarantine and had been flown back to the US on Friday to be looked after by his mother. 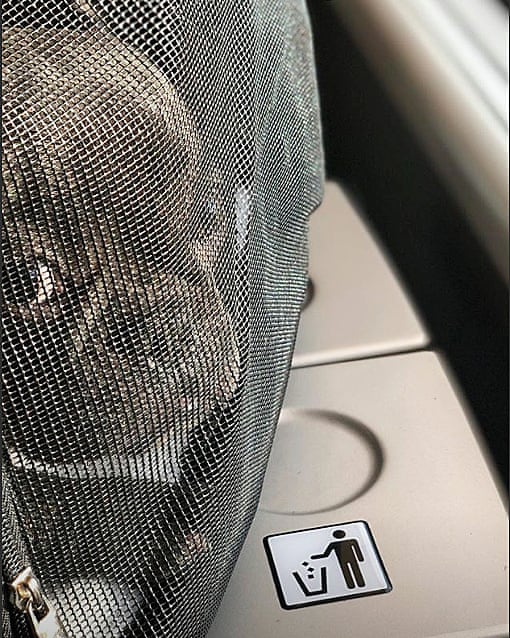 His new team said it was an innocent mistake, not a deliberate attempt to flout Australia’s quarantine laws

Bullets coach Andrej Lemanis said the club had to take some blame for not schooling Patterson about Australia’s strict quarantine laws.

“I guess, in his defence, we should take some responsibility. That’s one of the things that obviously we need to communicate in future,” Lemanis told the Courier-Mail.

“When he got to the airport, he asked if he could take his dog and the response was yes and it was even on his boarding pass that he was travelling with his dog. Obviously there was some confusion.

“They probably thought he only meant domestically and when he got to LAX (Los Angeles International Airport) no one said anything to him, he went through security. Somehow he got it on the plane.”

The saga of Depp’s dogs became a long-running international stoush after the then deputy prime minister Barnaby Joyce threatened to have them euthanised if they were not removed from the country within two days. Depp later described Joyce as looking as though he was “inbred with a tomato” after Joyce mocked a video the couple made apologising for the incident.

Heard pleaded guilty in a Queensland court to making a false customs declaration and copped a $1,000 fine.