×
Home / News / Horror of blinded dog found collapsed in woods – was he bludgeoned and left to die?

Horror of blinded dog found collapsed in woods – was he bludgeoned and left to die?

ANIMAL cruelty investigators are trying to find out if a blinded dog found collapsed in woodlands had been dumped to die.

The tragic Akita was spotted staggering among trees before his frail body finally gave out. When the emaciated and matted pet was finally rescued, he was also suffering so much eye discomfort that he had been scratching his face. As vets continue to investigate the Akita’s pitiful condition, the RSPCA is trying to determine whether he had wandered into the woods after being hit by a car or had been deliberately bludgeoned and abandoned in agony.

RSPCA investigators were alerted when the fawn-coated dog, aged around seven, was found blinded in both eyes in an area of woodland off Kent Street, Wigan, last week.

A member of the public had spotted the Akita – a large, muscular breed which originates from the mountainous regions of Japan – and alerted the animal welfare charity.

RSPCA Inspector Helen Smith described the appalling condition of the male dog – and suspicions that he may have been the victim of callous cruelty.

She said: “We were called by a member of the public who’d found a dog collapsed in the woods. They said he’d been staggering around but was now laid in the same spot and was extremely underweight.

Inspector Smith continued: “He was very skinny. You could see his ribs. His breathing was also shallow and his coat was matted.

“The caller reported that he kept trying to stand up but would collapse back onto the ground.”

Besides not being neutered, the dog had also not been fitted with a microchip as required by law. 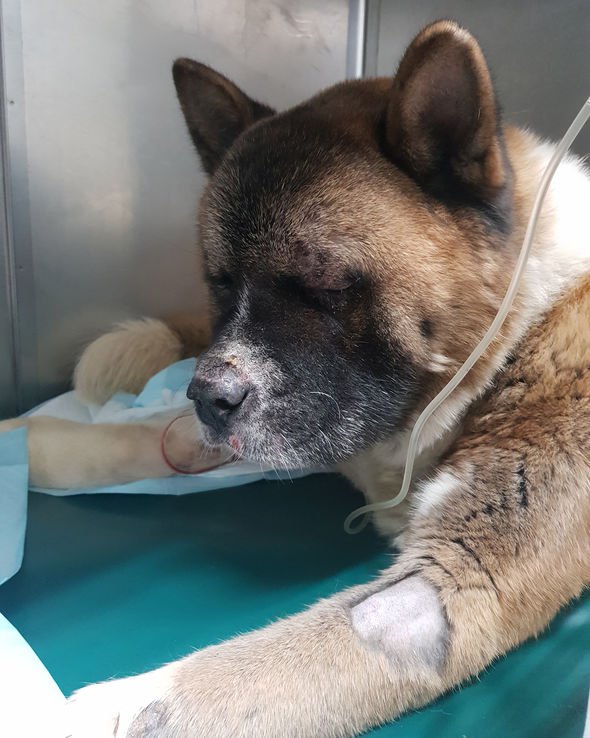 Inspector Smith rushed the dog to the Greater Manchester Animal Hospital where he has been named Peter the Akita. After providing emergency treatment, vets are now determining why the animal was in such an awful state through a series of tests and x-rays.

Inspector Smith added: “He’s very thin and has sores all over his body. He was dehydrated and lethargic when he first arrived.

“Initially, we believe he was blinded in both eyes and couldn’t open his eyes due to a nasty infection. But vets believe he may have had a blunt trauma to the head – either the result of a deliberate attack or a road traffic collision – which is causing the swelling to his eyes.

“He may have been hit by a car before running off into the woods or he may have been abandoned there so I’m really keen to track down his owner and find out more about him.”

Anyone with information about Peter is urged to call the RSPCA’s confidential appeal line on 0300 123 8018. 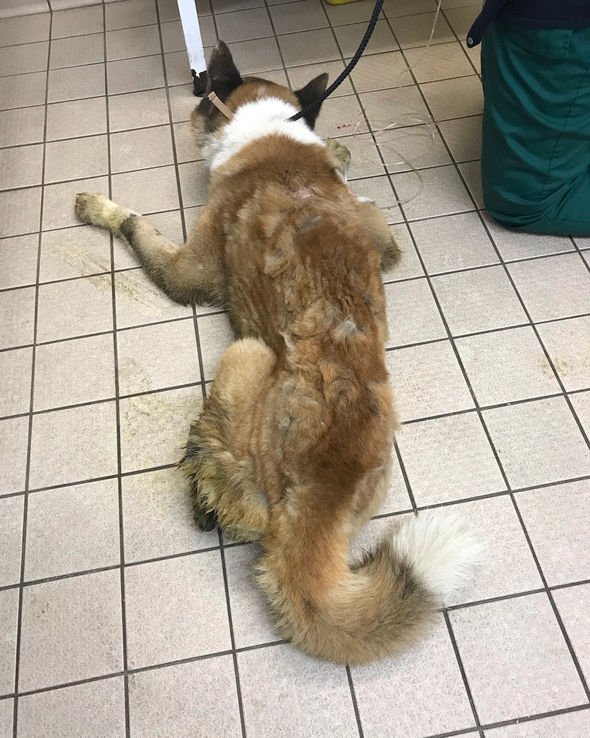