Cecilia Celis saved her toy Yorkie Lulu after letting the pooch out to play in the family’s garden.

A pet dog only escaped the clutches of a huge bird of prey thanks to its brave owner who fought it off with a garden pillow.

Young Cecilia Celis had let toy Yorkie Lulu out into the family’s garden to have a run around, only to spot the red-tailed hawk swoop down seconds later.

Speaking to Fox 13 Cecilia, from Las Vegas, said: “It waits a little and then it swoops on her. It happened so fast.

“Like we just let them out and the bird swoops in, drags her and is like choking her, it stood on her. 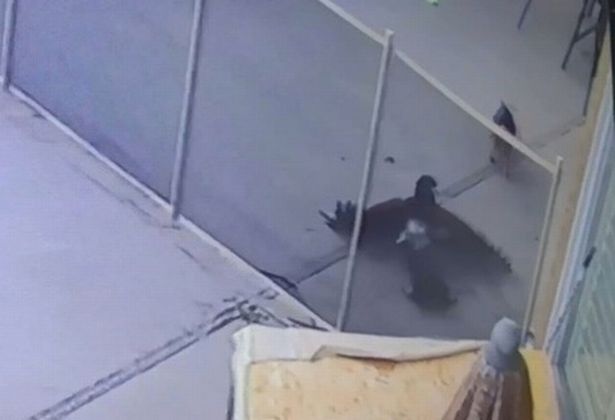 The hawk wouldn’t let go and was shaking the tiny dog around, standing over it to stop it from getting away.

“I was screaming at it the whole time to get off and it wasn’t fazed by me.

“It was just staring at me in the eyes,” Cecilia added.

She suddenly grabbed a nearby garden chair cushion, hoping it wouldn’t injure the 2lb dog or the bird.

She used to to hit the bird four times, before it suddenly released Lulu from its grasp.

“We’re still scared because it’s still around here,” she added.

The family believe the hawk is a neighbour’s pet and will continue to closely monitor Lulu and her sister Heidi when they go out of the house.