The labrador’s reactions as she detects cocaine are unmistakable and her efforts have helped put Border Force teams on course for a record haul.

But a string of major busts has already seen 4,000 kilos seized since April.

The figures emerged as the Sunday Mirror went behind the scenes at Gatwick Airport, where cute and sweet-natured Honey strikes terror into the hearts of drug smugglers 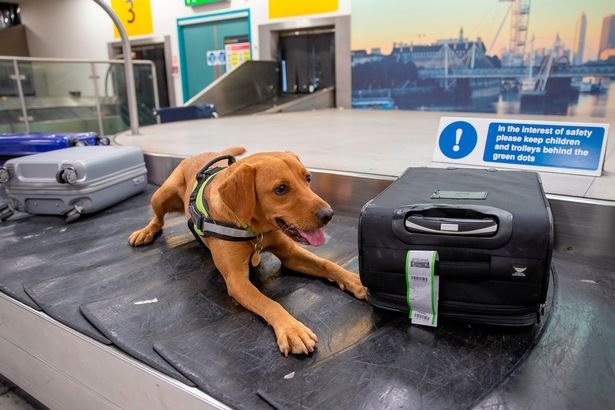 A whiff of a Class A substance and she is on it in a flash.

Officers monitor the reaction of passengers and pounce on those who look suspicious when they try to clear customs.

It could be tell-tale perspiration on an upper lip or something as innocent as scuffed shoes which look out of place with an immaculate suit. 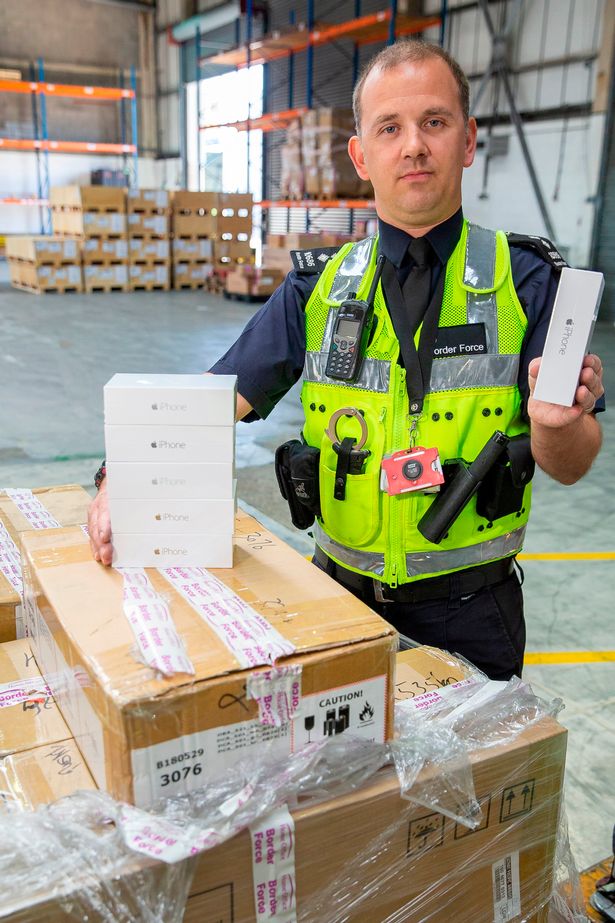 Handler Liz Martinez, 33, says: “When Honey gets it right she gets a treat. When she gets it wrong she gets told off.”

Smugglers who swallow cocaine – “stuffers” as Border Force call them – can be detected by X-ray but offer a different challenge. They can hide £100,000-worth of drugs in 60 plastic pellets which won’t burst.

And it takes a time-consuming three bowel movements before the “cargo” is offloaded.

Border Force was created in 2012 by then Home Secretary Theresa May to combine the roles of customs, immigration and passport control.