Emmerdale has been praised by Dogs Trust for its scenes shining a light on puppy farms.

In Tuesday’s episode (August 14), Zak and Sam Dingle and Lydia Hart discovered distressed puppies being kept in poor living conditions on a farm.

Speaking to Digital Spy, a spokesperson for Dogs Trust said: “We firmly believe that intensive breeding methods are abhorrent so we praise Emmerdale for shining a light on this important issue 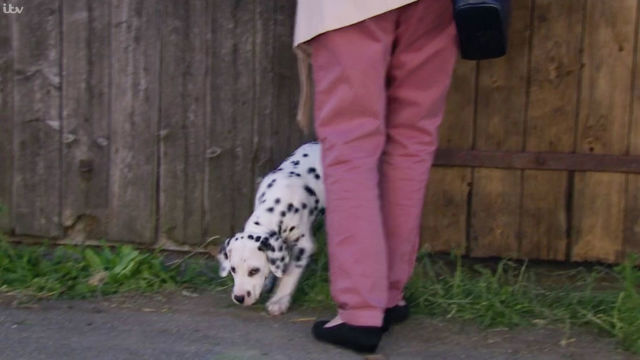 “There’s a huge demand for certain breeds of dogs that have been popularised and puppy farmers are filling the gap in the market by offering buyers the chance to get puppies quickly, often with little regard for welfare which has disastrous consequences.

“Under current rules puppy farmers can exploit major loopholes so we’re urging the government to ensure that everyone involved in dog breeding is fully traceable to give the highest standards of welfare for dogs.

“Members of the public have a crucial role to play too – we would encourage people to rehome first and make sure they do plenty of research.”

The emotional episode saw Zak, Sam and Lydia visiting the home of a woman whose dog had been found in the village.

Zak, Sam and Lydia planned to rescue the dog, named Monty, while the owner was out, but found him tied up in the garden. They soon discovered “hundreds” more puppies in a shed.

In a later scene it was revealed that the police had been contacted and the owner of the puppy farm faced six months in prison, but Zak was left devastated when he couldn’t convince the rescue shelter to let him adopt Monty.