Eight severely neglected dogs have been discovered dumped in a village in Leicestershire. The dogs, which included two cockapoos, two Lhasa-apsos and four Newfoundland dogs, were spotted by a member of public in Redmile who then alerted the dog warden at Melton Borough Council. The RSPCA was called due to the poor condition of the animals.

It is believed that the dogs were most likely dumped on Monday night – the same day that seven further abandoned Newfoundland dogs were found by the animal welfare charity 80 miles away in Syderstone, Norfolk. Inspector Kate Burris described the condition the animals were found in as ‘heartbreaking’. She said: ‘It is absolutely heartbreaking to see the condition these dogs have been left in, I don’t know how anyone could let them get into such a state. 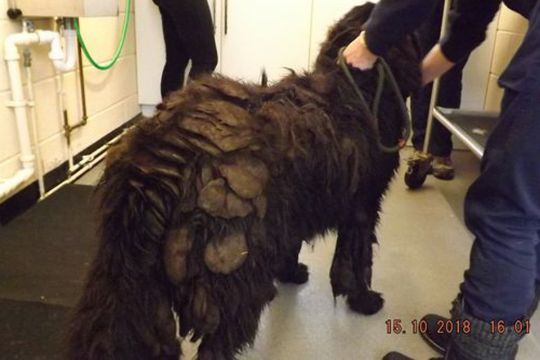 ‘It’s as if they have never seen the light of day, or been on a lead. They are lovely, friendly dogs but just totally scared. They are skinny and all of the dogs’ fur is incredibly matted and covered in faeces.

The charity believes that the dogs may have been used for breeding. Insp Burris said: ‘It is possible, due to the breed of the dogs, that they have been used for breeding and then dumped when they were no longer useful. ‘The RSPCA does not often see dogs of these breeds so it seems coincidental that this has happened relatively close to where seven Newfoundlands were found in a similar state on Monday.’ 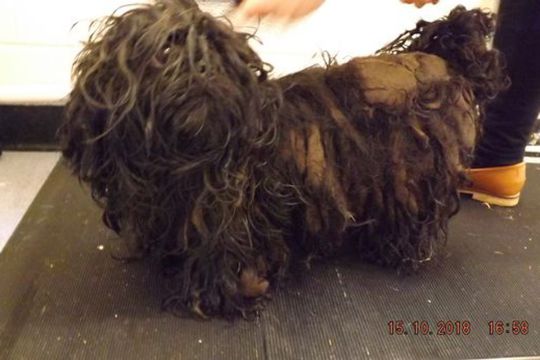