A woman has described how her two dogs screamed in pain after ‘they were electrocuted’ while swimming in a pond. Rachel Williams claimed her dogs got electric shock when they dived into a lake at a golf course on Friday evening in Worthing, Sussex. A third dog was also believed to have been electrocuted in the same pond in Brooklands Park, on Saturday morning. 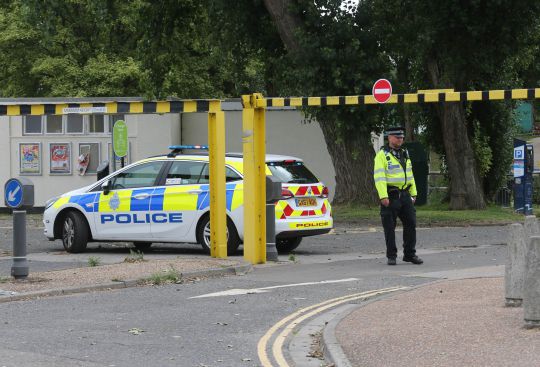 The area was cordoned off by Sussex police as engineers from UK Power Networks were called to assess the situation. Rachel Williams, 55, from Sompting, said: ‘My dogs, who are both Romanian mixed breeds, were very shaken by the incident. ‘They went into the pond for a swim, they came out screaming. There was no visible damage, but I think they’ll be put off going for a swim for a while. ‘I believe it was an electrical shock because one of my dogs had previously jumped on an electric fence in the South Downs and she made the same scream. ‘I didn’t take them to the vet because their injuries were not serious.

‘I contacted police and an emergency number for the council. Twice I was put on hold for a long time and I just gave up.’ 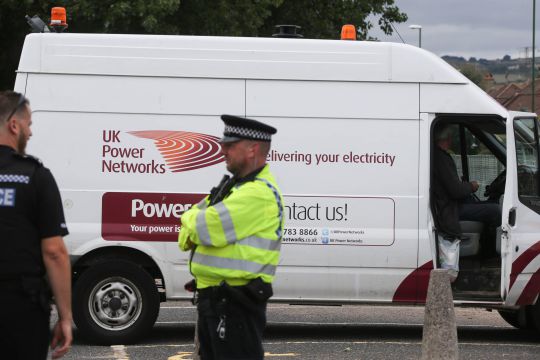 Anna Claxton, 38, of east Worthing, witnessed the second incident.  She said: ‘It was about 9.30am and I was walking my dog. I heard a woman screaming “help me help me”. ‘She was crying and in great distress. She was desperately trying to wake up her brown labrador. ‘Luckily the dog woke up and it seemed OK.

‘I came back at about 4.30pm and police were there.’ A spokeswoman for UK Power Networks said: ‘We were made aware of an incident which occurred at Brooklands Park on Saturday. ‘Our engineers attended to investigate alongside the park’s electricians and found no fault on UK Power Networks’ equipment. ‘We are sorry to hear that two dogs were injured. ‘The safety of our staff and the public is a top priority. Therefore no works were completed by UK Power Networks in the area.