They may be our “best friends” but dogs have also emerged as a major threat to wildlife.

Scientists say they have contributed to the extinction of nearly one dozen wild bird and animal species.

As such, they have become the third worst human-introduced predators after cats and rats.

Now dogs are said to threaten nearly 200 species worldwide, some of which are critically endangered, studies suggest.

And yet, feral and free-ranging dogs have received surprisingly little attention, conservationists say.

In a recent study carried out on dogs in Chile, the authors said: “Conservationists in Chile and elsewhere see urgency in controlling the impact of free-ranging dogs on wildlife.”

It found dog owners were not concerned about the issue and many allowed their pets to move freely in the wild.

“Predation and harassment by dogs has been documented for the majority of larger terrestrial mammals that inhabit Chile, including the three species of canids (mammals from the dog family) and three species of deer,” Eduardo Silva-Rodriguez, one of the authors of the study, told the BBC. 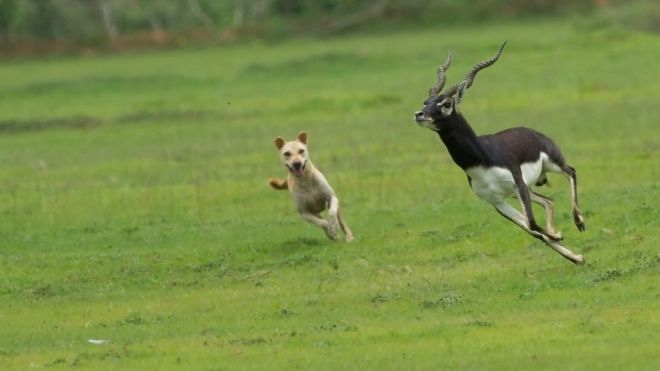 There are an estimated one billion domestic dogs worldwide and their conditions range from feral and free-ranging to entirely dependent on humans.

There is no definitive figure for feral and free-ranging dogs, but conservationists say their number is definitely rising.

“It’s quite a matter of serious concern,” Piero Genovesi, head of the invasive species specialist unit at the IUCN conservation body, told the BBC.

“As the human population rises, so will the number of dogs, and this problem could get worse.” 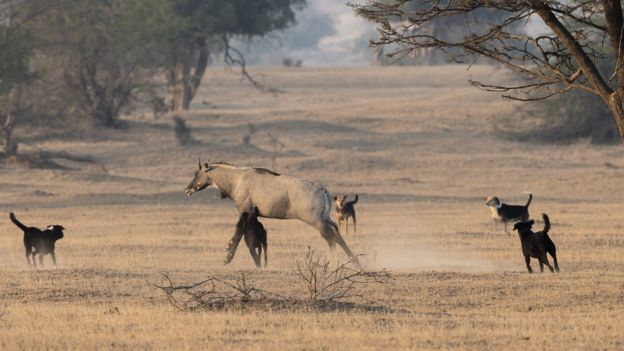