Dog rescued after being found swimming past oil rig 130 miles from shore.

This is the heartwarming moment a stranded dog was rescued after being found swimming in the Gulf of Thailand – 130 miles from the shore. Workers onboard an oil rig noticed the animal’s head poking out above the ripples as she paddled through the ocean last Friday afternoon. They called out to the exhausted mutt and she swam towards them, taking refuge among the rusty metal bars of the rig. 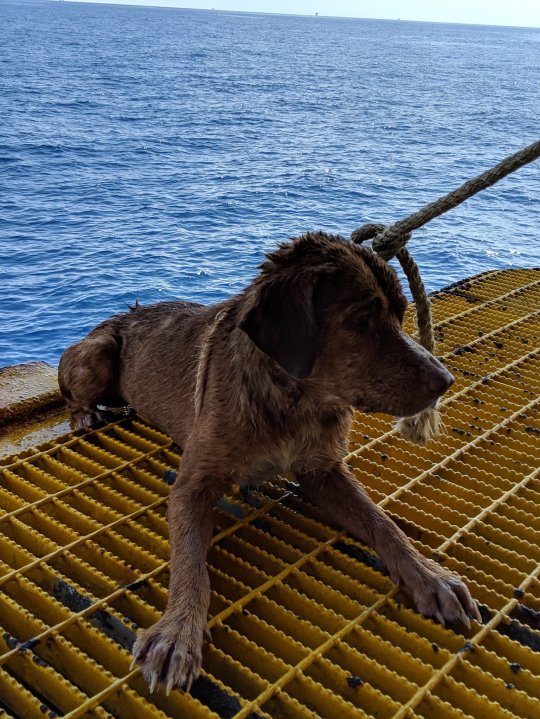 Workers then lowered a rope down to the brown Aspin dog and pulled her to safety.

She stayed onboard the drilling platform for two nights while a special cage was welded together and staff gave her food and water. 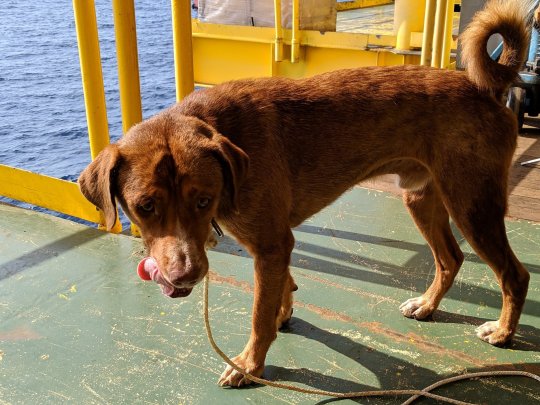 The dog was finally lifted by crane onto another oil vessel passing through the area yesterday, which delivered her to vets in Songkhla, southern Thailand, today. Oil rig worker, Khon Vitisak, who saved the dog said he does not know how she came to be in the ocean but he would like to adopt her if no owner comes forward. 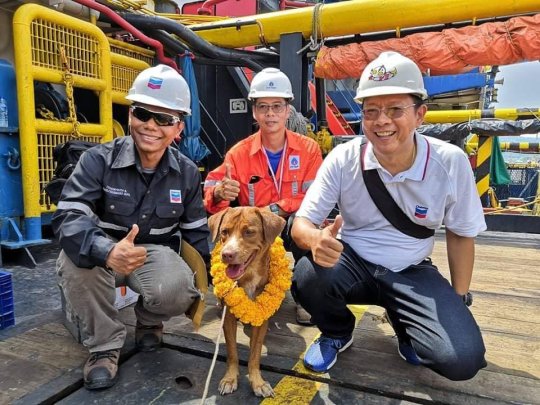 He said: ‘We found her trying to swim towards our rig, which is about 220km from the shore. Thankfully the sea was quite still because the wind was calm. ‘We just saw her small head but if the ripples were bigger, I think we probably wouldn’t have noticed her at all. ‘After she made it onto the bars below the rig she didn’t cry or bark at all. We looked for a way to help her and in the end, decided to use the rope to tie around her body to lift her up. 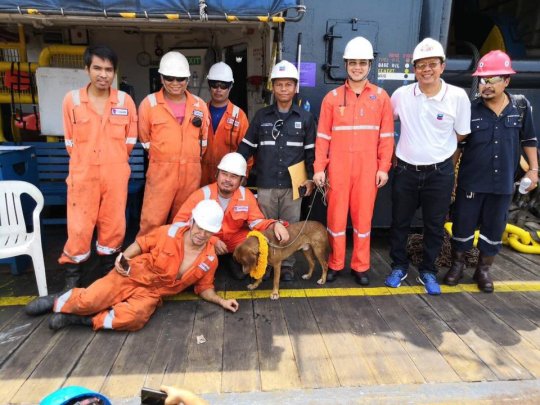 ‘When we first took her onboard her she was depressed and tired from being in the water for a long time. She had lost her body water. ‘When he gave her water and minerals her symptoms improved. She started sitting up and walking normally.’ Animal charity volunteers who are now caring for the dog do not know if she has an owner of if she was a stray. It is possible she swam from the shore or boarded a boat then leapt off. Once she reached the rig, workers nursed the dog back to health while they waited radioed for help and requested a tanker that was returning to shore to stop by and collect her. 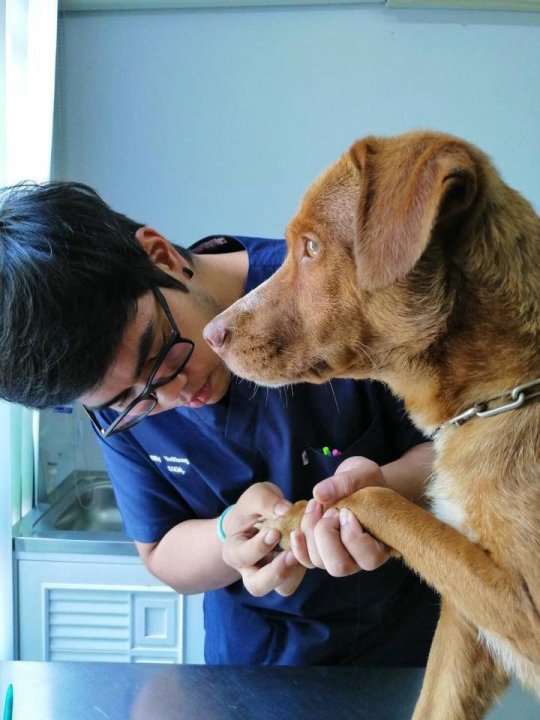 She was finally delivered into the care the animal charity Watchdog Thailand today, who took the dog to be checked over by vets. They said: ‘The boat arrived at 10am and the dog was in good spirits. We took her to the vets to be checked and she was found to be healthy. ‘Everybody who played a part in co-ordinating the rescue has done a brilliant job.’