Mum Erin Christy dotes on her dog, two-year-old Boxador Dexter. A cross between a Labrador and Boxer, Erin loves him so much she is willing to spend up to £300 each month on feeding him raw meat. Shunning the average tin or packet of doggie grub, Erin feeds Dexter an exclusive diet of duck heads, rabbit feet, innards and bone. The 37-year-old from Birmingham, New York, insists Dexter is far healthier as a result. ‘Dogs are natural carnivores,’ she said. ‘It makes no sense to feed them on the processed dog food you get in the shops that mostly consists of grains and synthetic vitamins. 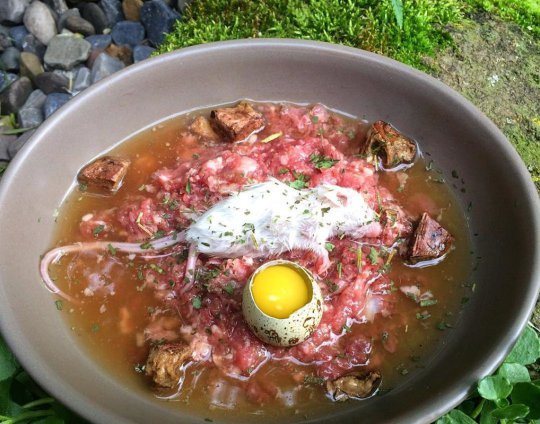 ‘As humans, most of us accept that processed food isn’t good for us – so why would you give it to an animal? ‘I want my dog to be healthy and most of all to enjoy his food, getting the same pleasure from it as a human would. ‘People say that feeding a dog raw animal parts is dangerous and I get a lot of idiots online telling me: “You’re going to kill your dog”.’ ‘But they’re just ignorant and don’t understand that it’s so much more natural than normal pet food. 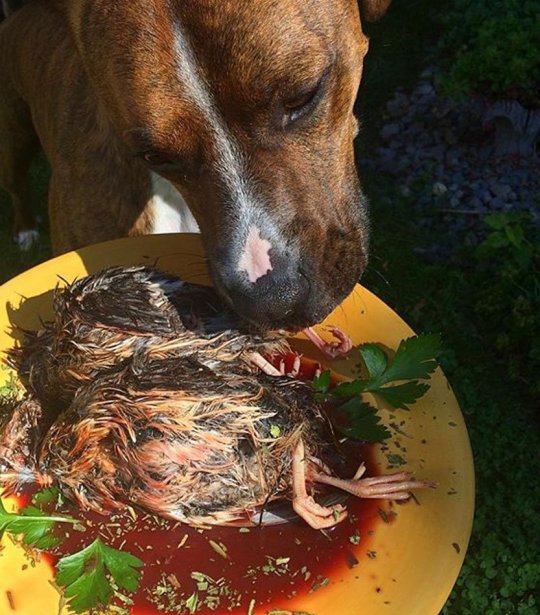 After spending $100 (around £78) a week on normal dog food, Erin decided to buy off-cuts from local farms and meat producers, which they would usually throw away – saving her $300 (£235) each month. To get the most from animal carcasses she buys, Erin prepares dishes that include beef lung, turkey gizzards, bone dust, duck heads, pork heart and rabbit feet, garnished with parsley or dried dandelion greens for Dexter. Erin said the vet has noted his good health, insisting Dexter loves the grisly dinners she prepares – measuring the nutritional composition of every meal, to give him 85% muscle for protein, 10% bone-in meat for calcium, 5% liver and 5% of another secreting organ, like a kidney or pancreas. Dexter wasn’t always fed raw meat, he had been given kibble at first and then introduced to a carnivorous diet, but showed more enthusiasm for the latter, said Erin. 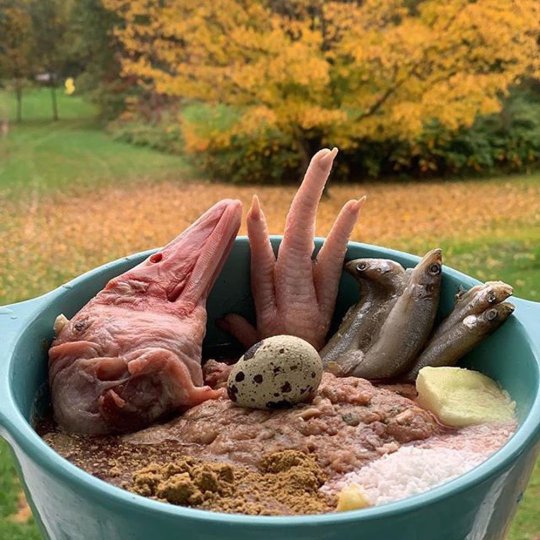