“As you already know we were called out by Medway Street Angels to look at Marley a 6 year old Staffordshire Bull Terrier. A vet had already been called but for reasons unknown did not attend, due to the nature of his injury artisan rare breeds and animal rescue were called and i attended, after numerous calls to get help by Marley failed we finally had a telephone consultation with the PDSA, as the bleeding had stopped, it was deemed not to be life threatening and Marley was seen the very next day.
All his current vet bills have been paid and future vet fees covered for at least the next ten days, thanks to the overwhelming generosity of the public. We even had enough funds left over to buy Mr Felsted a hot meal and drink today and tomorrow thanks to Doglost CJ who agreed we could spend her donation on Mr Felsted a truly heart warming gesture. ( just because you’re homeless does not mean your less human or different, as the public’s generous donations have proved. )
Mr Felsted has kindly granted his permission to share the photographs, as an animal charity we have also agreed to take Damian on as a volunteer at our rescue and train him on animal management which will be certificated to help him in future employment. As a priority his residential status must come first then we will look at getting Damian and Marley trained with us.
Please take this opportunity to pat yourselves on the back, we may be the frontline but you the donators and supporters are our backbone and without your help we could not have achieved such a positive outcome.
A massive thank you once again to Medway Street Angels who’s work and commitment to the homeless is truly amazing.”
Wayne may 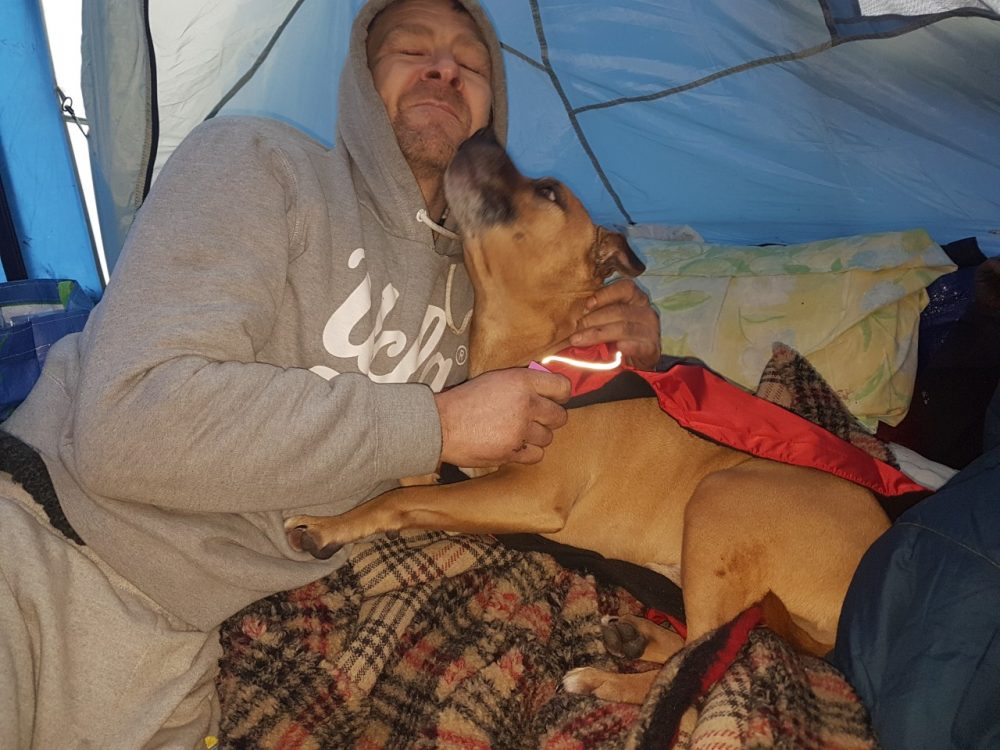 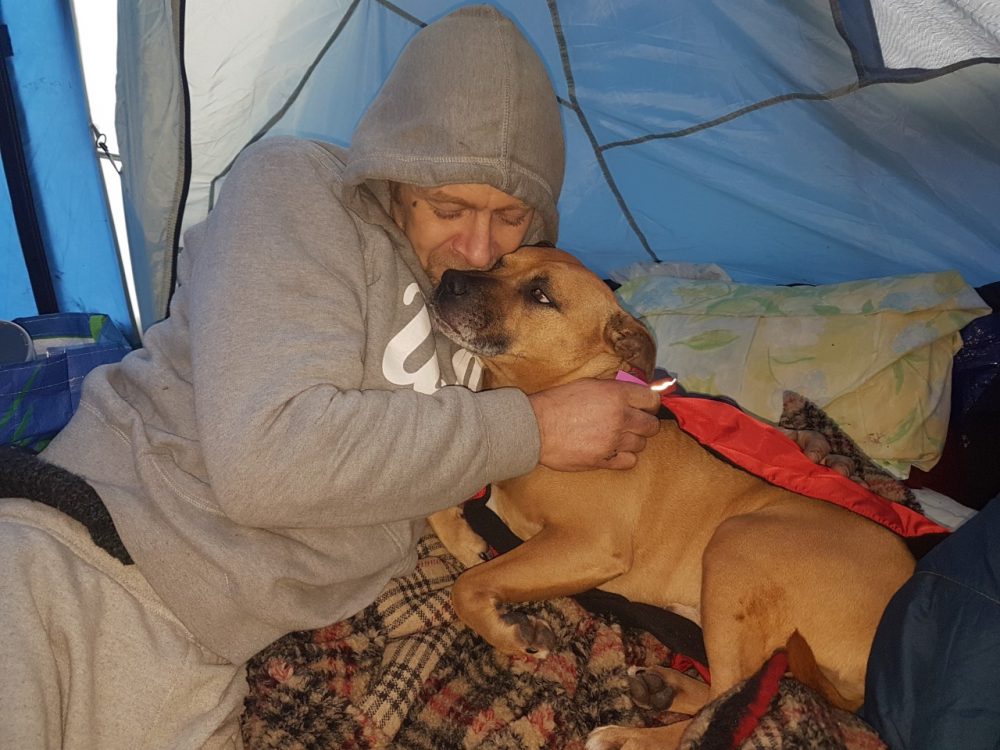