COUNTRYFILE viewers saw a sad topic explored by tom Heap on the programme yesterday as he looked into the problem of working dogs being stolen in the country side.

The Countryfile presenter spoke to some people who had their dogs snatched from them.

One story on the BBC programme focused on Bibi, who had her pup Ammo stolen from just metres away from her.

She explained how she had been there since the dog was born.

Bibi told Tom: “She couldn’t breathe on her own, I was with ammo for 45 minutes rubbing her with a towel so she could breathe independently.”

However, when Bibi and her family were working at a game fair, Ammo was taken from where she had been tied up behind the stand.

Bibi was understandably devastated, and explained to Tom what life had been like since the theft.

She explained: “[It’s been] horrendous. I’ve driven over six, seven thousand miles over the country trying to find her.

“Dogs aren’t property they are a family member.”

She later added: “It’s just completely taken over my life.

“What condition is she in? Is she fed? Is she warm? is she being looked after? It’s horrendous. 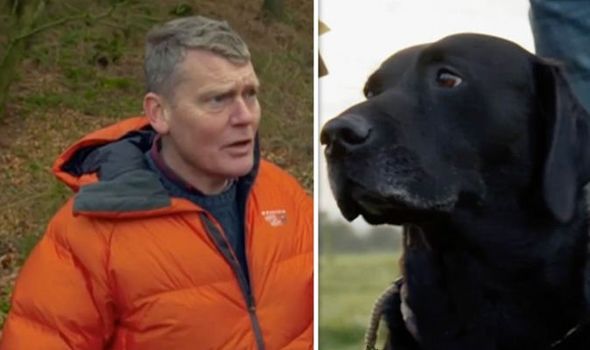 Those watching at home were very moved by the sad segment and took to Twitter to express their feelings.

“I can’t keep up with the ever changing schedule for @BBCCountryfile But on a more serious note, dog theft, this just breaks my heart #countryfile,” wrote one fan.

While another replied: “It breaks mine too.”

“This countryfile segment about stolen dogs is making me #Countryfile,” a third shared accompanied by a crying gif.

While a sixth opined: “Where I live in the countryside so many dogs are lost/stolen. People don’t realise they’re not just dogs, they’re family members.

“I would be so lost and heartbroken if I lost my girls. Dogs can never be replaced #Countryfile @BBCCountryfile.”

Tom also spoke to Neil, who had three of his working dogs that were worth a combined total of £12,000 stolen from his van.

Neil implored viewers not to leave their dogs unattended so as to avoid a similar fate.

Countryfile continues Sunday on BBC One.