Cash and Lilah…update and photos.

A good news picture for you!

I’m not sure if the attached photo is of any interest, but it is a mid-rescue photo of ‘Lilah’ being rescued from the snow ledge she was stuck on at the summit of Helvellyn in the Lake District earlier today.

The other missing dog ‘Cash’ had already been brought back on the summit at this point and can just be seen standing behind the group of three people – a safe way back from the edge.

I believe that the climber hanging over the precipice is a called Scott Pilling.

The chap who looks as if he’s sitting down doing nothing is actually dug into a snow-hole and is the person holding onto the rope to stop Scott falling hundreds of feet down the cliff face! I believe that he is called Jon Bennett and that he is one of the fell top assessors from the Lake District Weatherline team.” 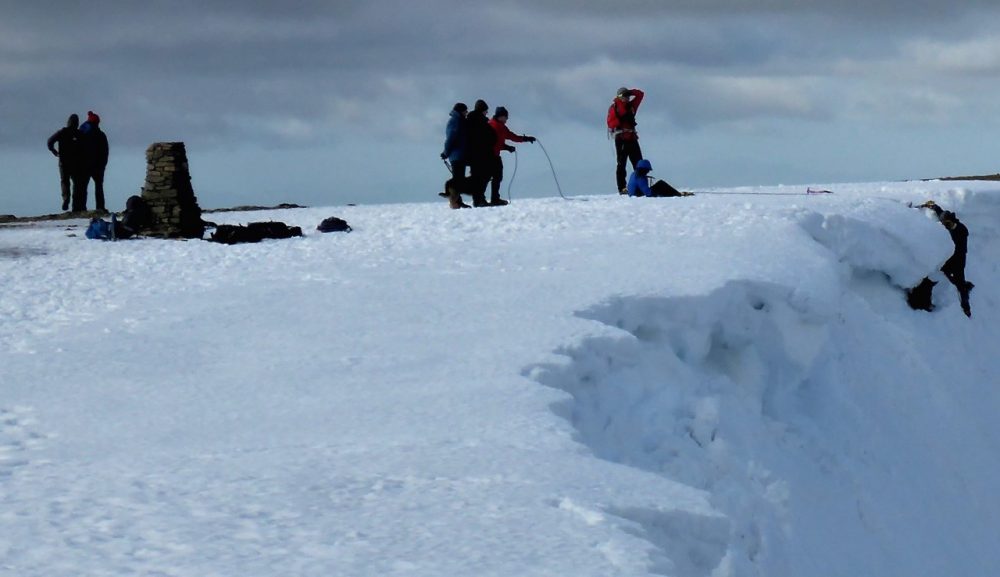 Scott  mentioned that he had to walk all the way down covered in Dog Poo as they were rather frightened when rescued…above and beyond Scott!

Just to remind you how steep the cliff was… 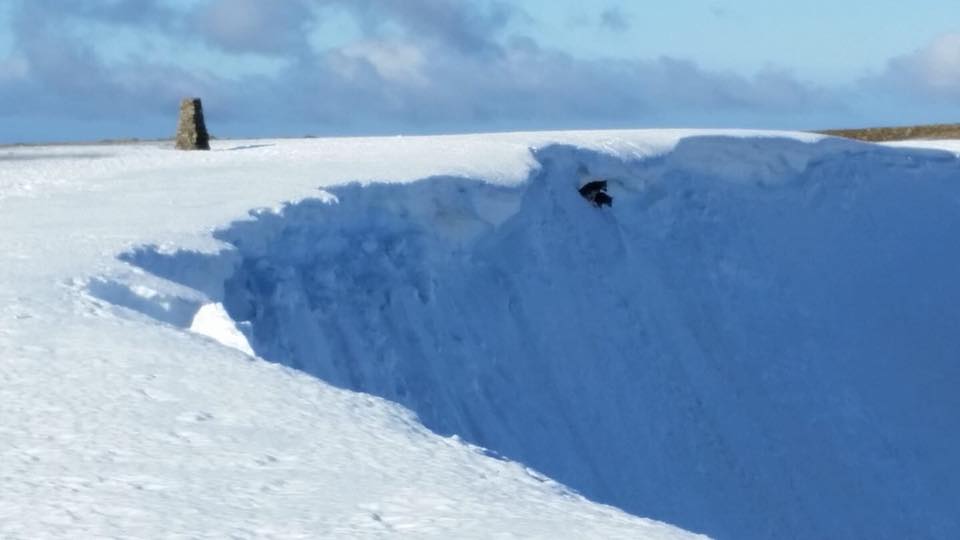