×
Home / News / BOBBY IS HOME SAFE BUT CATCHING HIM WAS QUITE A FEAT!

BOBBY IS HOME SAFE BUT CATCHING HIM WAS QUITE A FEAT! 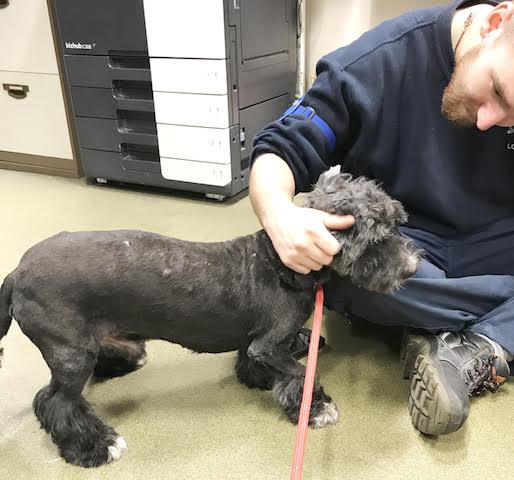 DogLost  London co-ordinator Karen’s story…
Bobby was lost from a car park opposite the Heathrow Animal Reception Centre when he slipped his harness as his owners were putting him into their car.
After searching for a while a call went out on social media to help find him and many local volunteers and members of the DogLost West London team drove over to search.
The car park was secure, well fenced with no holes so he couldn’t have escaped. At the back of the car park was a large overflow gravel area surrounded with Brambles, very overgrown – he could have been hiding anywhere.
The HARC had put out small traps, but not big enough to catch a dog his size, so we had to regroup to try and get hold of a bigger trap.
As we were about to leave, a lady from Canine Capture UK, Nicki, called me and said that she could get hold of a trap and would be coming up to catch him. All details were sent to her as requested and at 9.30pm, she arrived.
Around 11pm Nicki called to say that she could hear Bobby barking and he seemed to be very deep inside the brambles and undergrowth. I packed up the car, drover over with Secateurs, Loppers and Gloves.
With the help of 2 Animal Reception Centre personnel and Car Park security we managed to cut our way through to him and he was just sitting there as good as gold.
A gentle, shaking Bobby was then carried to the car and back down to the Animal Reception Centre where we waited for the owners to collect.
Well done everyone!
Read Bobby’s Doglost timeline here…
http://www.doglost.co.uk/dog-blog.php?dogId=128409