Heartbreaking footage has captured the moment this tiny Maltese terrier, unable to bark after her vocal chords were removed by cruel puppy farmers managers, is able to wag her tail in delight after being rescued from a sewage ditch.

The dog was one of five females found starving and dying in the ditch next to a cemetery.

All the dogs had their vocal cords removed by the puppy mill employees who then discarded them and left them to die when they stopped producing litters.

Video provided by Hsu Wen-liang, who helps run the Hsu Animal Sanctuary in south-western Taiwan’s Tainan city, shows him rescuing the starving and dirty Maltese with a net.

Incredibly, the dog is able to wag its tail and appears relieved to have been saved. 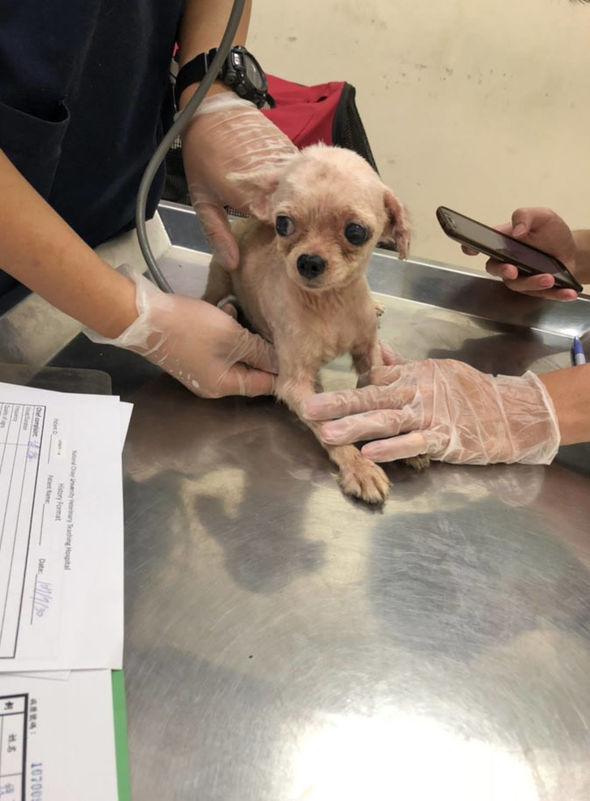 Hsu and his volunteers, who had been called by local residents, then find one more female Maltese and three Chihuahuas, all of which had been abused by puppy farms before being abandoned.

In the footage, Hsu tells viewers to “stop buying dogs” in order to cut off the demand for pet shops receiving their supply from cruel puppy farms.

The vocal chords were removed to stop the dogs barking, alerting authorities to the fact many dogs were being kept in one location.

The five dogs were taken back to the Hsu Animal Sanctuary where they were shaven, cleaned and treated for injuries.

Watch the video of their rescue here…