A DOG charity fleeced of thousands by an “evil” conwoman is desperate for funds to keep helping pups.

Caring Sue Smith has rescued more than 3,000 dogs through her K9 Crusaders charity.

But she hit hard times after fraudster Katrina Jones stole nearly £90,000 from her and the centre – and squandered it all on booze, cigs and gambling.

Now Sue is begging for donations – while Jones walks free after serving half of a six-year jail sentence.

Devastated Sue told the Daily Star Sunday: “She took me for everything I had when I was so vulnerable.”

ue’s husband Pete was dying of cancer in 2009 when she was befriended by Jones who offered to help run the charity.

Unknown to Sue, Jones had spent 10 years on the run.

She became a wanted woman after conning three businessmen out of £394,000.

The 56-year-old appeared on Crimewatch and fled to Australia.

She returned to the UK in 2009 under a new name and befriended Sue on a dogs forum. 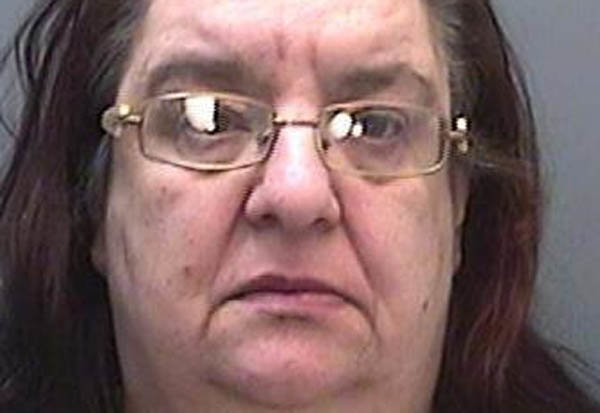 Sue said: “I poured my heart out about how difficult it was caring for Pete. Nothing was too much. I needed to register as a charity and she showed me letter-headed paper from the accountancy firms she claimed to have worked for and said she’d help.

“I was running back and forth to the kennels and trying to care for Pete so I was thankful she took some stress away.”

Pete died aged 79 in 2010 and Sue was so busy coping alone that she agreed to let Jones handle the admin at the rescue centre in Truro, Cornwall.

Sue even trusted Jones with her own money after she sold her house and made a £72,000 profit.

Jones was finally caught after PayPal spotted suspicious activity on the charity’s account.

Sue discovered all the money had gone, and Jones was arrested.

And you can help with vet bills here…