A woman who was raising her dog as a vegetarian was left speechless on live TV when her pet chose meat over vegetables. Lucy Carrington decided to put Storm the Husky on a meat-free diet this summer when she started to go off her food. She believed the animal wanted to be vegetarian, so purchased meat-free dog food and served up leftover vegetables. 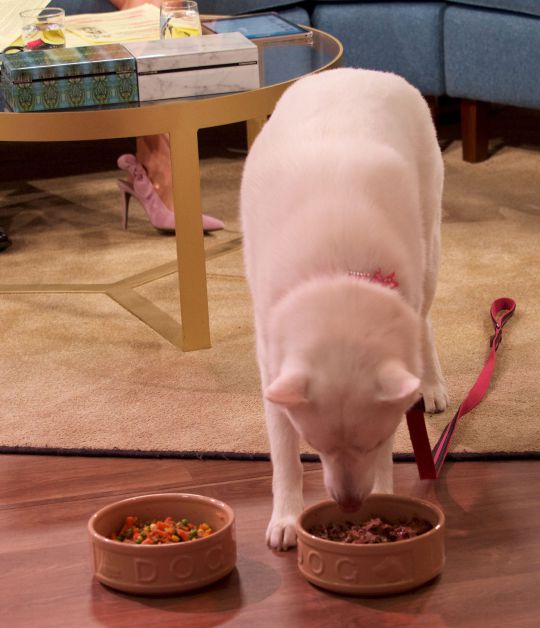 However, during an appearance on This Morning, the dog headed straight for a bowl of meat – barely considering the carrots and peas just centimetres away. Storm was given the option to decide between the bowls after vet Scott Miller, who was also on the show, said that the diet change was denying the dog choice.

Host Eamonn Holmes replied: ‘You say dogs can’t make the choice, but on this programme they can make the choice.’ Seconds later, Storm was wolfing down chunks of meat. Ms Carrington, who is not a vegetarian herself, said: ‘Oh you little.. I didn’t swear. In fairness the weather has cooled down quite dramatically.