Woman calls out groomers for dyeing her dog’s eyebrows green.

A woman has criticised a grooming salon in Lake Worth Beach, Florida, for dyeing her dog’s eyebrows green. To be clear, Graziella Puleo hadn’t asked for her goldendoodle Lola to have her fur dyed. She’d left her dog at Amore’s Pet Salon Dog Grooming Day Care Boarding Spa with a request for a buzz cut, nail trim, and teeth cleaning. When Graziella returned nine hours later to collect her pup, she says her dog’s teeth hadn’t been cleaned, her nails hadn’t been trimmed, but the groomer had decided to dye Lola’s eyebrows and the tip of her tail neon green, and her ears bright pink. Graziella wasn’t pleased with the surprise transformation. 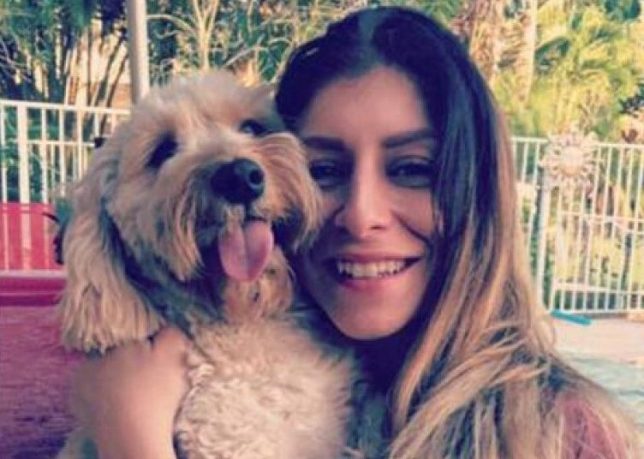 ‘I almost cried,’ Graziella told the Palm Beach Post. ‘I was like, “You dyed my dog’s hair?” ‘I noticed they’d shaved her eyebrows off and tried to fix the mistake by drawing green eyebrows on her. She looks like you painted on her and were trying to turn her into a clown.’ Graziella also said her dog’s underside was pink from infection and had to be taken to the vet. The owner of the grooming business, Raquel, refunded the $150 Graziella paid, but said that the dye job was an attempt to ‘make her happy.

‘The young lady, she’s very sweet,’ said Raquel. ‘We wanted to make her happy. We beautify the dog… If we see it’s missing something, we do color, sometimes, the dog. ‘We did wrong about the color. We should have offered her first.’ Raquel explained that Lola’s teeth hadn’t been cleaned because she didn’t react well to the treatment, and said the infection was due to Lola licking herself.