Why you should never give your dog a mince pie

When your dog is begging beside you at the Christmas table, it feels extremely Grinchy to deny them a treat or two. But, while it might be alright to slip Buster a slice of turkey, giving them a mince pie could be genuinely deadly. No-one knows this more than Pauline Warren, 62, from Derby. Earlier this month, she noticed her 15-month-old Belgian Shepherd Mickey has snaffled a pie that was left out. Seeing Mickey licking his lips, the train production manager thankfully decided to do a quick Google search just to make sure everything was fine. Everything was not fine, though, and the search revealed that the raisins in mincemeat can be fatal to dogs, causing unnoticeable kidney failure which can lead to death within 48 hours. Pauline jumped into action, and got little Mickey to the vets, where he required £1,000 in treatment. 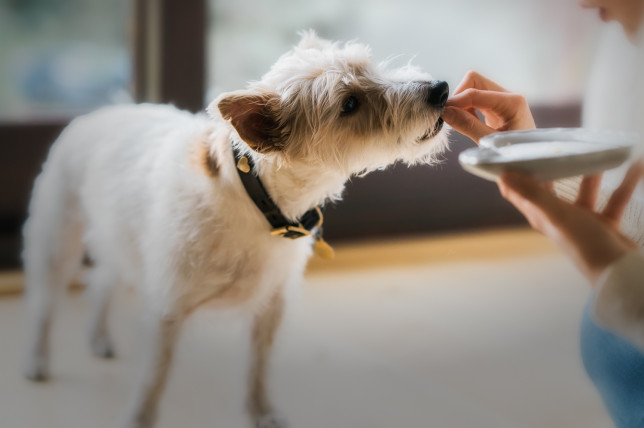 He made a full recovery after being put on a drip, having his stomach pumped, but it was quite the scare after something as simple as a mince pie. Pauline had known about raisins being toxic to dogs, but thought that since Mickey was about 30 kilograms in weight it wouldn’t be too damaging. However, she says: ‘When I spoke to the vet, she revealed just one raisin could have killed him. Don’t put your mince pies in arms reach of pets – you’re gambling with your dog’s life.

Despite the fact some dogs can get away with eating a raisin or sultana and live to tell the tale, it’s not worth risking it. Just one can be fatal to some dogs, and enough to cause acute renal failure in your pup. Symptoms experienced by dogs who ingest such toxis foods include vomiting, diarrhoea, not eating, weakness, abdominal pain, and increased drinking. Within 48 hours, things may have turned deadly. So, as soon as you suspect your dog has eaten any grape products, call your vet. As a preventative measure, make sure mince pies aren’t within reach of your dog’s hungry chops, and keep kids under supervision while eating just to ensure nothing falls on the floor. Then just don’t look too smug while you enjoy your festive treats in front of the dog. Other winter items which can harm dogs Chocolate Christmas cake Alcohol Turkey, chicken and goose bones Antifreeze Holly, mistletoe, poinsettia and ivy Grapes (from your cheeseboard) 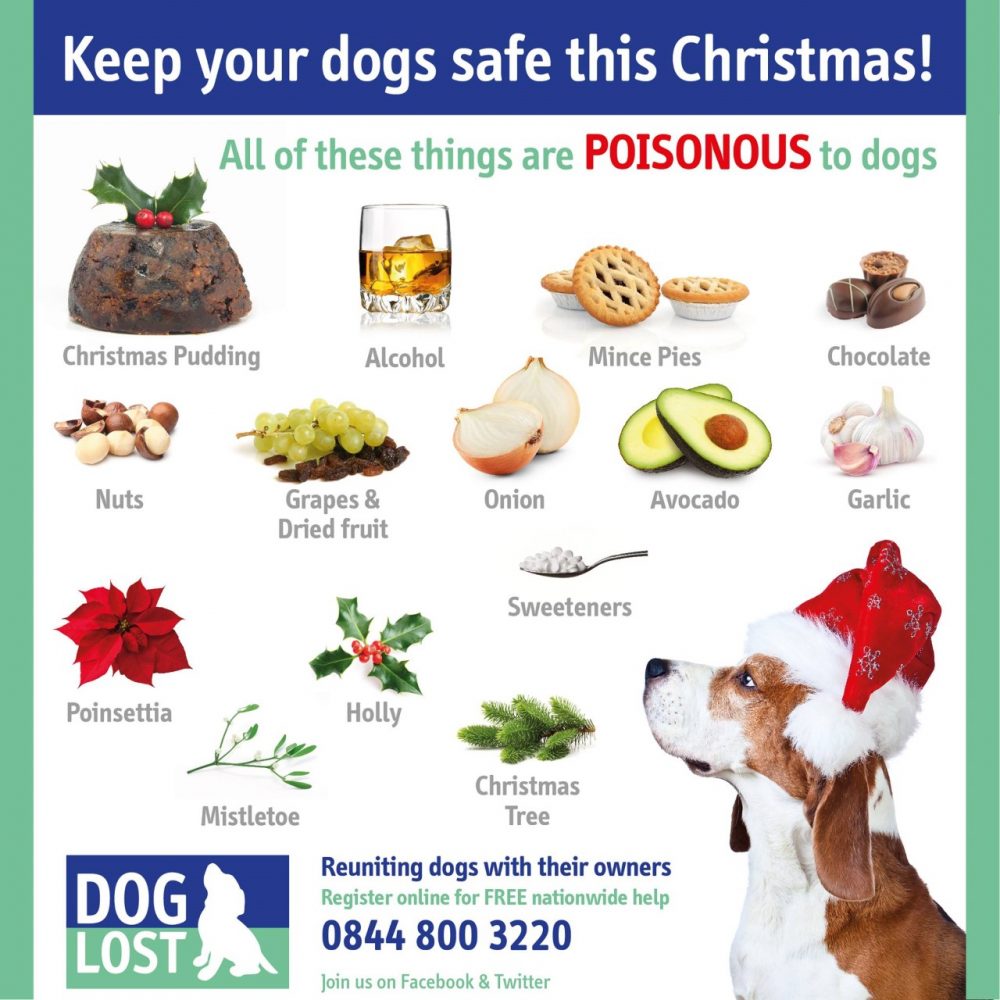