Dogs are never sent into an active blaze, but they are sent into the scene after it has been extinguished.

The shoes are designed to protect the dogs’ feet from any debris which has been left, including shards of glass and wood.

The five-year-old working Cocker Spaniel wears the shoes when he’s at work in the London Fire Service.

Paul told Mirorr Online: “A dog will do anything for its owner and will put itself in harm’s way. 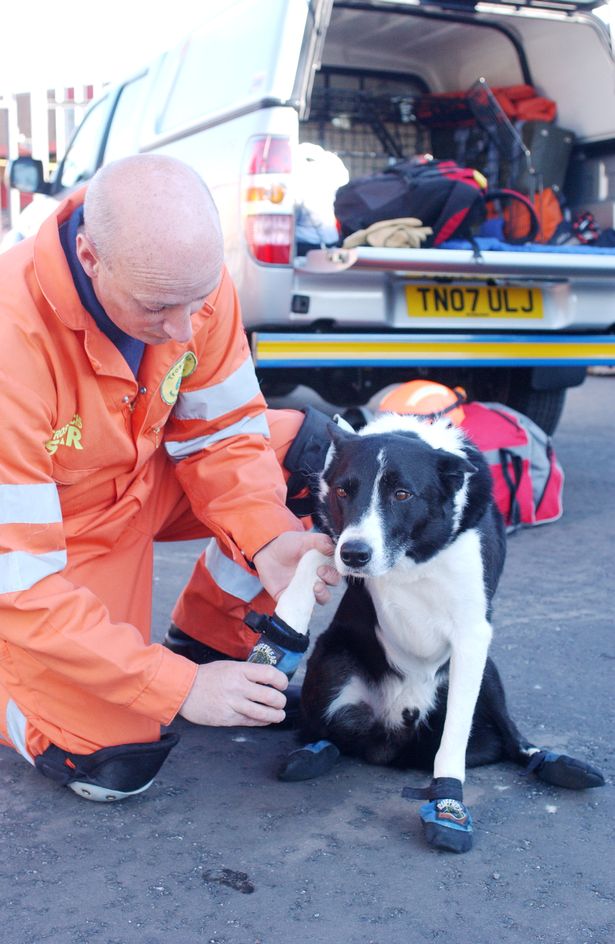 “It’s our job to make sure that when that dog is deployed it has as much safety equipment as possible.”

However the shoes aren’t used every time a dog is sent in to investigate a scene.

When they arrive, their handler will assess the scene to see if the shoes are needed.

Paul explained: “The boots reduce their effectiveness. It’s one of their senses, their sense of touch.

“By putting what are essentially bags on their feet it does mask them somewhat.

“But if there is any potential that the dog could be harmed, that’s when the boots go on.”

Service dogs are introduced to the boots at a young age so they can get used to wearing them. 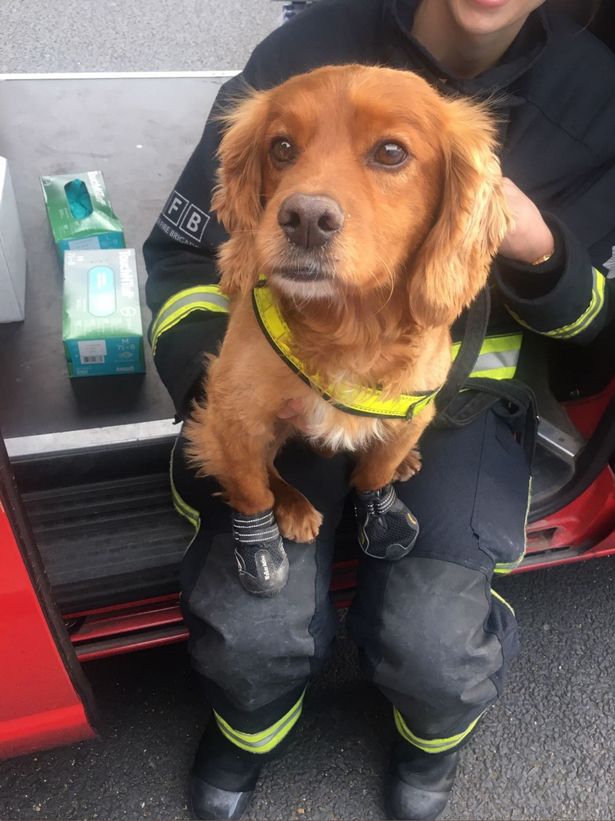 Paul said: “I can only describe it as a dog with rollerskates on.

“They are just like, ‘what an Earth are you putting on me’.”

But before long Sherlock got used to them.

Paul added: “He’s been absolutely fine with them. He tends to wear them with pride and show them off.”

Sherlock is one of the London Fire Dogs, and the groups was named the winner of the Public Service Animal category of the Mirror’s Animal Hero Awards 2017 .

The dogs, wearing their special shoes, were recognised for their bravery after they entered Grenfell Tower after the tragic blaze last year.