×
Home / Dog Behaviour / Why do dogs wag their tails? You asked Google – here’s the answer

Why do dogs wag their tails? You asked Google – here’s the answer

As luck would have it, this is rather a prescient question for me right now. At home, we are attempting to coax a neurotic four-year-old out of a dog-bite avoidance technique that works as follows. Upon seeing from a distance any four-legged animal that may or may not be a dog, the four-year-old elucidates an escape response that involves her climbing the torso of the nearest adult and wailing an ear-piercing song of terror that is deeply embarrassing to her zoologist father. Her new-found fear of dogs is understandable, however. Our pet cat (he of “milky-eyed bastard” fame) is now no more after being killed by two huskies that had escaped in the night from their owners. While explaining this news to the four-year-old, the two specific words “DOGS” and “KILLED” seem to have become clogged-up somewhere in the digestive system of her cognition, hence the sudden phobia which we are working hard as a family to resolve.

Tail wagging, I tell her (as she climbs me like a tree upon seeing a hamster-sized bichon frise puppy approaching at our local park) is a good indicator of the friendliness of a dog. Dogs with wagging tails are the friendly ones, I say. Don’t be scared of the wagging ones, I tell her. But … well, you and I know that this dog management advice is a bit of a fudge. Like a picture, a wag paints a million words. But not all of them are love stories.

To get a feel for why dogs wag their tails, it helps to remember that dogs are mammals well adapted for sociality. This is because in wolves (from which dogs evolved) a genuine threat to life is living alone. In very few cases does it help for a wolf to be ostracised from the group. This is because lone wolves are treated with deep unease by other wolf packs, who are eager to defend their territories. For instance, territorial fights may be behind up to 65% of wolf deaths in some populations in parts of the US. To stay alive, individuals must fit in. And to fit in, social animals must signal their contentment – their intention not to rock the boat.

A dog’s tail is, quite literally, a happy flag. The more the flag waves, the more everyone knows a dog is happy and content and definitely in no way seeking to overthrow the alpha breeding pair and start a bloody turf war leading to local societal collapse and the canine equivalent of a season of Game of Thrones. 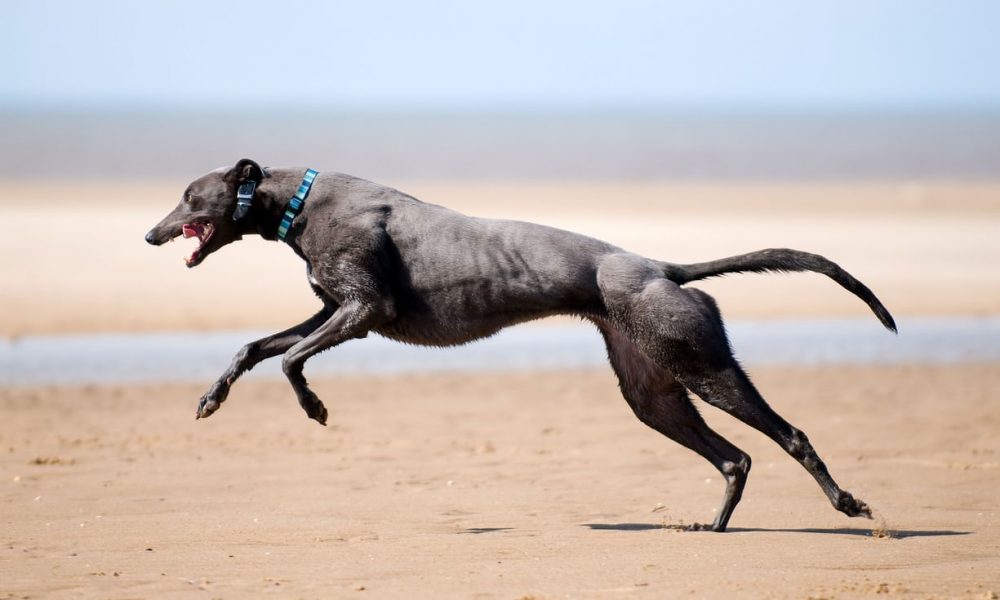 The four-year-old gives me a blank stare when I tell her about bonobo habits, so instead we underline again and again the message that a wagging dog is a happy dog. Yet, deep down, I know that it isn’t always that simple. As with human smiles, not every wag is well-meaning. For instance, tail wagging can also be used as a way to display fear or insecurity or a tail wag can be used as polite “I’m a bit annoyed” – the kind of smile used by middle-class people in Waitrose being told the machine giving away free coffee is broken. It’s a sort of smile that … isn’t. This kind of wag is a bit hard for most four-year-olds to understand, which makes things a little more troubling.

The degree at which the tail is held also tells its own story. An erect wagging tail held high up in the air, for instance, shows that a dog is aroused by something and may be more likely to unpredictable responses. A tail held firmly backwards and gently wagging may display gentle curiosity. A dog with its tail between its legs doing a nervous little waggle tells its own story. Are you keeping up? Good. Because there’s the speed of wagging to consider as well. Tiny throbbing wags are a sign that the dog is considering “fight or flight” responses whilst the big, broad wags are the canine equivalent of gay abandon. 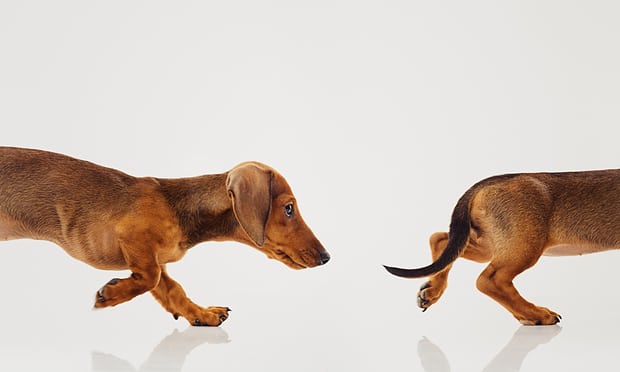 And did I mention the direction of wagging? A wag that is bent round to the right indicates positive feelings. A wag bent more to the left may indicate signs of nervousness or stress. Oh, plus these tail-wagging behaviours can be a bit breed specific so some breeds have been bred to have naturally high wagging tails and others low wagging tails. Still keeping up? No, me neither.

Dog-lovers like you and I, we just … instinctively know when dogs look friendly and approachable. In time, we become able to read that strange shared mammalian language and see comparisons with our own. We have, after all, a nervous and curious and sometimes malevolent happy flag – it’s just that we can talk and eat (and laugh and sing) through ours. For me, this is the magic of animals: that upon studying them we see so many parallels with ourselves, mixed with a blurry complexity of elusive otherness – the grey stuff of zoology.

I won’t despair too much of the four-year-old just yet, therefore. Like a primitive zoologist, she’s getting her eye in – learning the ropes, reading the signs and understanding the rules. She’ll get there in the end, I hope. She’s got the genes for it. She’s a social mammal, after all.

• Jules Howard is a zoologist and author.