By Jayne / Artisan Rare Breeds & Animal Rescue / 3 Comments / 29th October 2019
Introducing victor our recent arrival at the rescue, victor originally from Italy was rescued by a lovely lady and arrived in the U.k. a few month’s ago.
Sadly he couldn’t be kept at his original placement home, as the new owner thought that Victor needed more than they could offer.
Victor has already appeared on a dog lost poster, as he decided the great outdoors was to much to resist, thanks to the dedicated team of helpers and volunteers the very nervous Victor was captured and returned home safely, it was arranged that Victor was sent to another family home where he would get more attention and a large garden to play in, sadly due to victors demeaner his nervousness never abated, and he grew more and more wary of the male member’s of the family.
Although he never attempted to bite anyone or attack, he started to bark at the male residents in the family home.
Victor is now living with us at the rescue and doing well so far, as a matter of course, we had him checked by our vet and he was given a full bill of health, now the work begins to rehabilitate Victor, to give him the life he truly deserves, with the help of a canine behavirist over  the coming weeks.
Victor will be available for rehoming in the coming weeks, but will need a patient, calm loving home that understands rescue dog’s, victor has had a terrible start to life, now the work begins to give him the quality of care he rightly deserves and to show him what love really is.
Let’s look forward to a happy ending, prospective new owners can contact us directly, and please come along and meet him, part of his rehabilitation will be meeting  new people, that will love him as much as we do.
We promise to update you all monthly with pictures and his progress.
( PLEASE NOTE prospective new home’s will have to be home checked and registered with a local vet )
wayne may
Director
artisan rare breeds and animal rescue
doglost uk / S.A.M.P.A representative 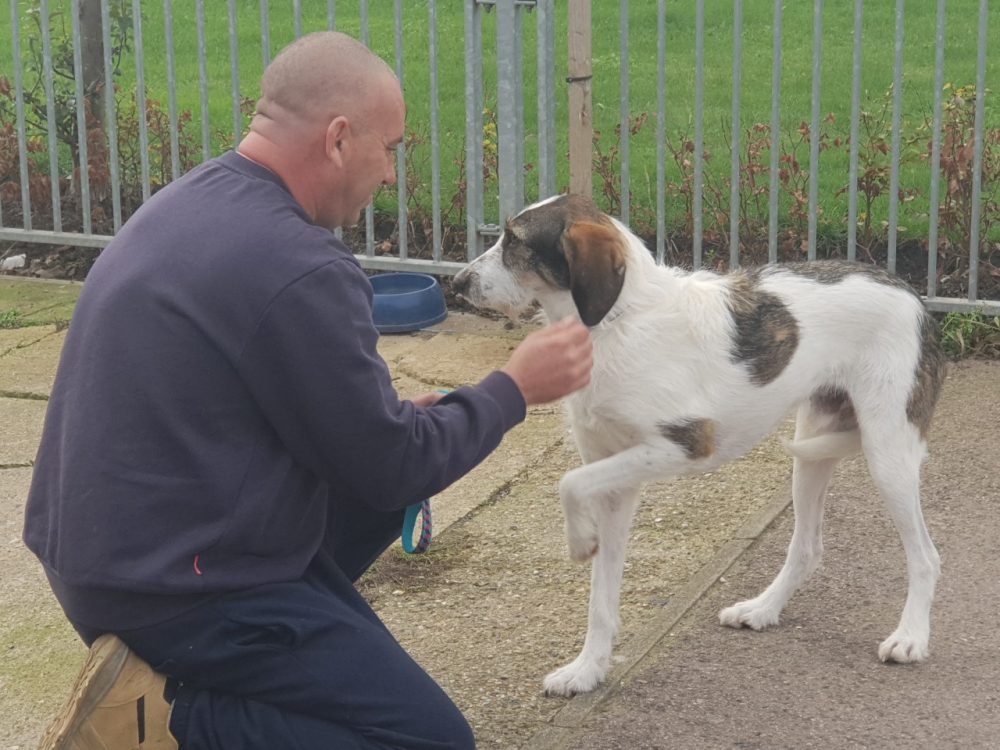