A dog was left fighting for its life after swallowing a wooden kebab stick.

The 15cm (6in) stick had gone through his stomach and damaged a lung, and it took vets almost six hours to save him.

It is not known what happened to whatever was on the kebab stick, but his owners said Sweep had been on a diet and “may have been scavenging”.

Vets carried out two scans before finding the cause of Sweep’s distress – the wooden stick which, still whole, had gone through his stomach. 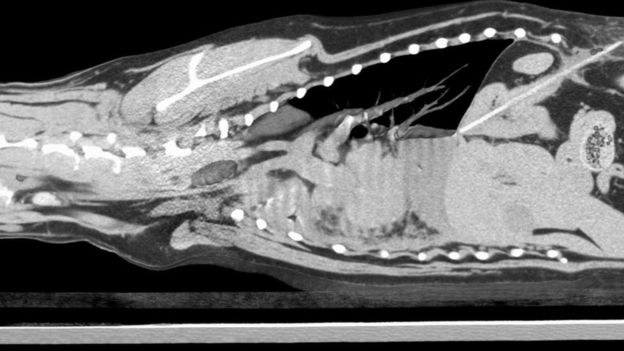