×
Home / News / Urgent appeal: ‘Can YOU help find abused Alfie, 8, who has massive hole in his ear’ The eight-year-old mongrel escaped from his Norton foster home on Sunday

Urgent appeal: ‘Can YOU help find abused Alfie, 8, who has massive hole in his ear’ The eight-year-old mongrel escaped from his Norton foster home on Sunday

An urgent appeal has been launched to find a ‘frail’ dog which escaped from a Stoke-on-Trent house just hours after being rescued from a life of abuse.

Pekinese-cross Alfie was rescued by the T2F.Life charity on Sunday and brought to the Potteries.

The eight-year-old mongrel has an injured leg and a ‘massive’ hole in his ear which was caused by a metal tag as he faced almost certain death in his previous life.

But just three hours after being housed with a foster family in Norton on Sunday Alfie bolted through a gate and escaped. 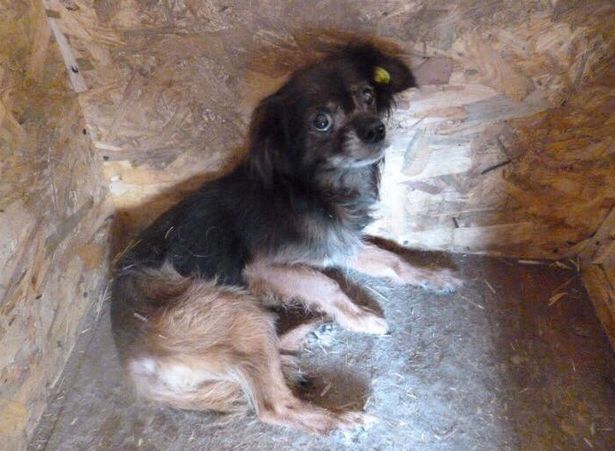 Now charity officials fear Alfie is so frail that he may not survive on his own much longer and are desperately appealing for sightings.

The last confirmed sighting was near allotments off Holden Lane, in Sneyd Green, yesterday.

Charity volunteer Kendra Pinder said: “We’re desperate for any sightings of Alfie. He has been very badly treated already and has a massive hole in his ear.

“That is an old injury but there is also an open sore on his right leg. He was due to be taken to the vets from his foster home first thing on Monday morning – but he escaped before that could happen.

“We’re desperately worried about him and we need sightings of him urgently. I got him on Sunday and took him that afternoon to the foster home.

“Within three or fours hours he had escaped through a gate. He was spotted running in and out of traffic near the allotments at Holden Lane. He’s not the type of dog to be able to survive outside.