By Jayne / Artisan Rare Breeds & Animal Rescue / No Comments / 8th November 2018
Dear all
Today has been a memorable one, more than most purely for the nature of rhe rescue itself.
It all began in april 2018, with reports coming in of a parrot loose in west kingsdown.
Despite all our efforts, the parrot could not be located.
Believing the worst had happened after weeks of searching, we accepted the worst.
How wrong we we’re, june came along, and once again numerous reports of a parrot in the same area was sighted, then picture’s of a blue fronted amazon trickled in.
On one occasion perched on the shoulder of a golfer joining him for a round of golf chatting away, only to dissapear and return again and again.
The blue fronted amazon we now know as bert, hitched a ride on a roof rack of a vehicle, to explore the valley at his convenience, i know far fetched isn’t it, but it’s all true.
Despite all our efforts, trapping, watching and hours of searching, the now popular bert eluded us at every turn.
During September the calls begun again, increasing daily of sightings more picture’s and more stories, this time from a horse rider stating bert had hitched a ride on there horse, again every time someone tried to capture him, he’d fly off into the distance. 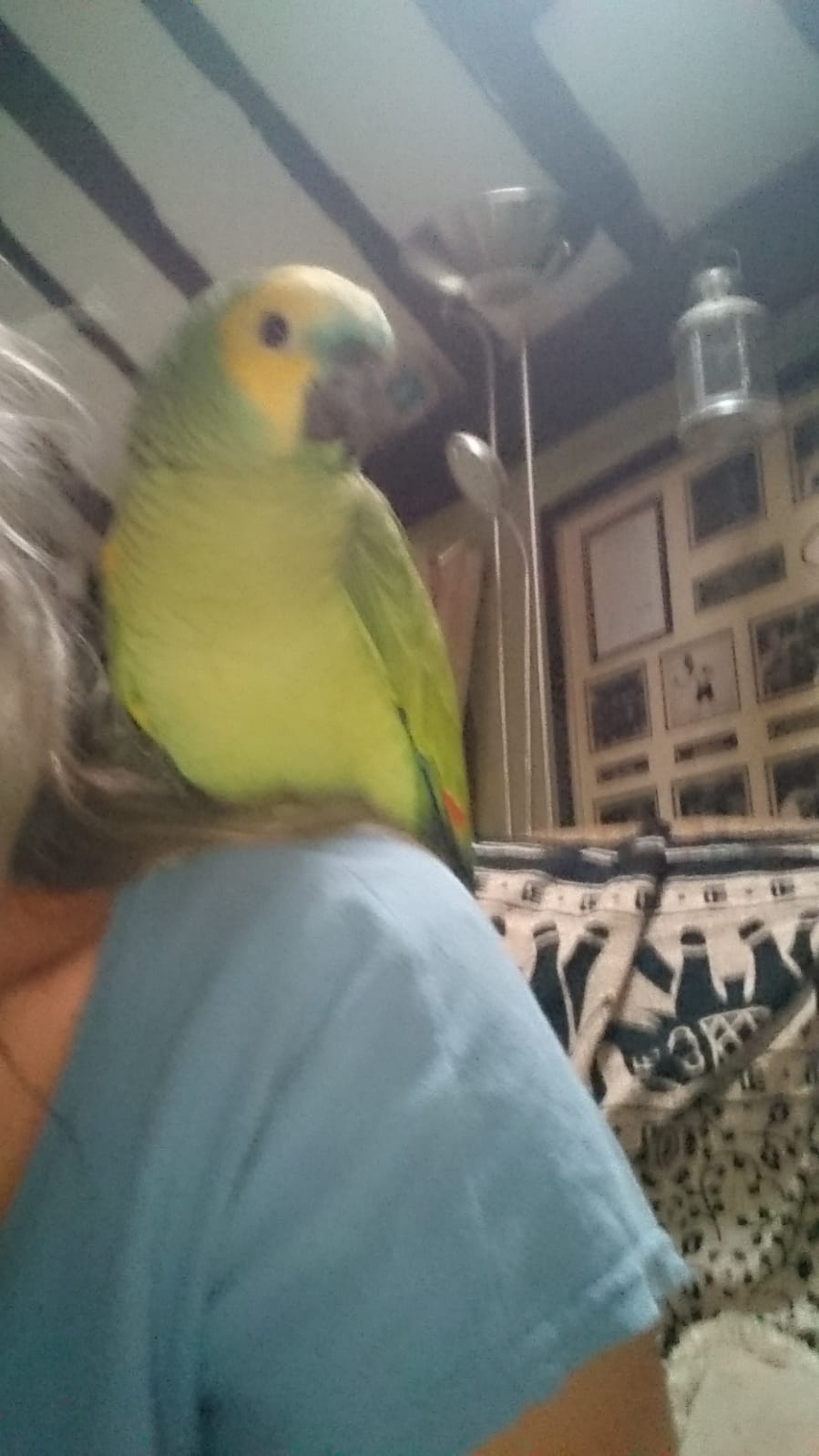 Until yesterday, when finally he was caught, and the story unfolds.
Well not quite, despite being microchipped, the chip did not register, scanned by us and the vet aswell, no chip detected.
A social media appeal, was raised to find berts owner, two came forward both having lost there blue fronts, and both within a few miles of each other.
Through the ring number the correct owner was found and now happily reunited.
Berts owner freely excerising his parrots at lib or commonly known as free lofting, a practice not often exercised today.
But credit where credits due, bert was in fantastic condition and the healthiest parrot we’ve ever rescued in the 30 years we’ve worked with animals and bird’s an accolade to this owners dedicated enthusiasm and training to his bird’s.
And to end our true story, bert the amazon was never lost, just happily carrying on his daily routine and returning home at 3.30pm every day.
What a lovely children’s book this would make.
We would also like to extend our sincere gratitude to berts owner, for a sizeable donation to cover all our costs and more.
Don’t we just love a happy ending.
Wayne May
Artisan rescue. 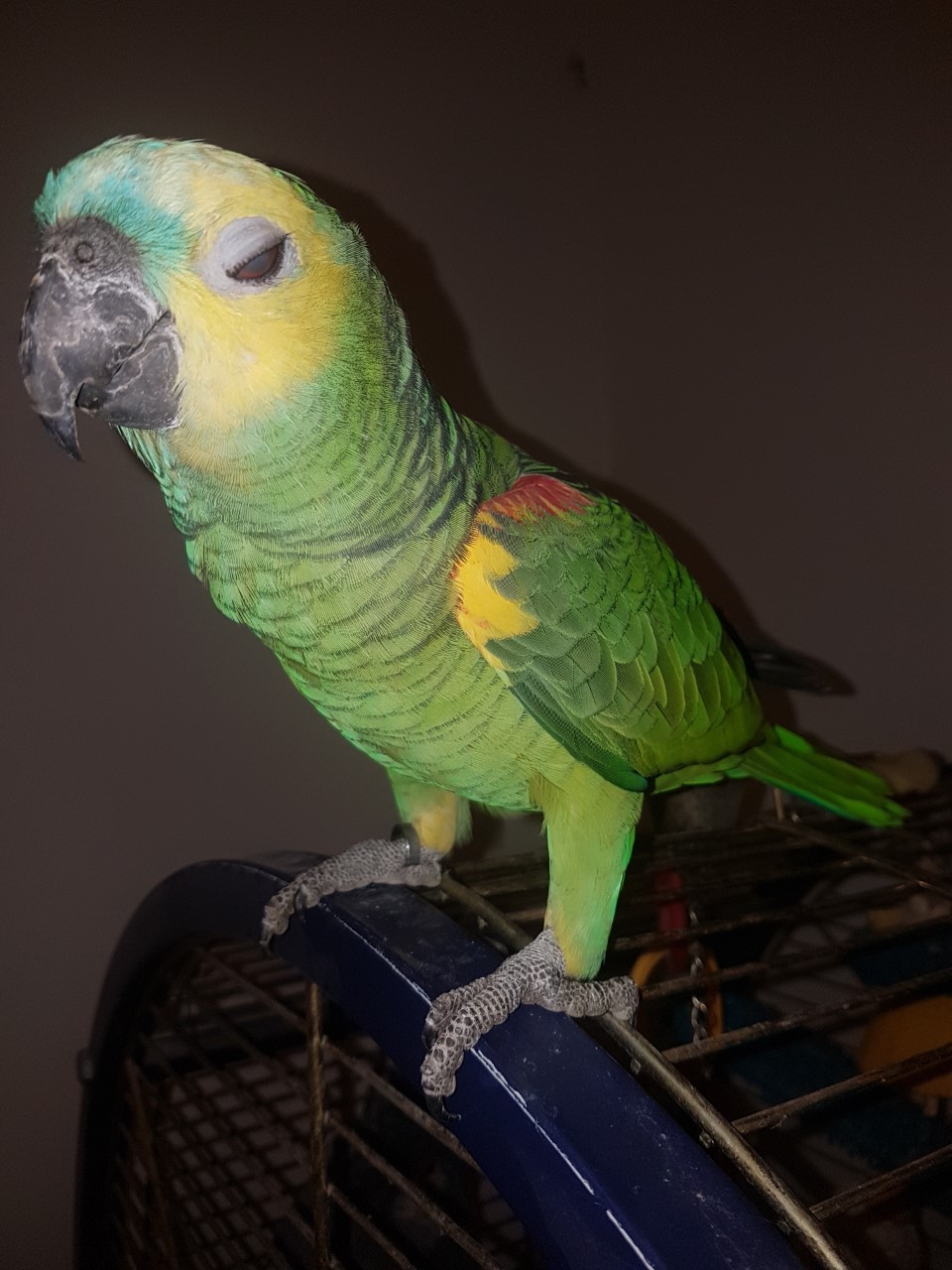