A dog which suffered horrendous injuries to its head after being hit by a train is on the road to recovery after the train driver picked it up and took it to the next station.

Husky Sky strayed on to the track in Essex and, after being hit, was taken to Colchester station by the driver.

British Transport Police arranged a pet ambulance and Sky was treated by specialist vets in Cambridgeshire.

Sky’s owner said it was “a miracle” the dog survived.

The two-year-old Siberian husky’s injuries were so severe after being hit on 6 June, it was taken from a vet near Colchester to Dick White Referrals in Six Mile Bottom for a whole-body CT scan.

“This showed that the cheekbone and lower jawbone were fractured, with bone protruding through the skin and prone to infection,” a spokeswoman said. 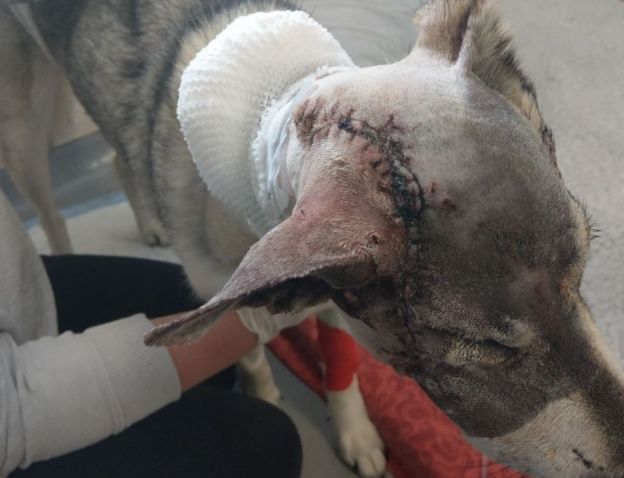 The dog, which had escaped from its owner’s garden in Witham, was treated for a week before being well enough to face surgery.

Sky has now been sent home and a final visit to the specialists earlier this week confirmed the lucky dog was recovering well.

“The train driver stopped the train and picked our pup up from the track and arranged for a K9 ambulance to collect her,” owner Lisa Brady said.

“This saved her life. It was a miracle she survived.”

The family is selling its car and trying to raise funds to help cover the vet bills and costs associated with Sky’s transport, estimated to be about £10,000. 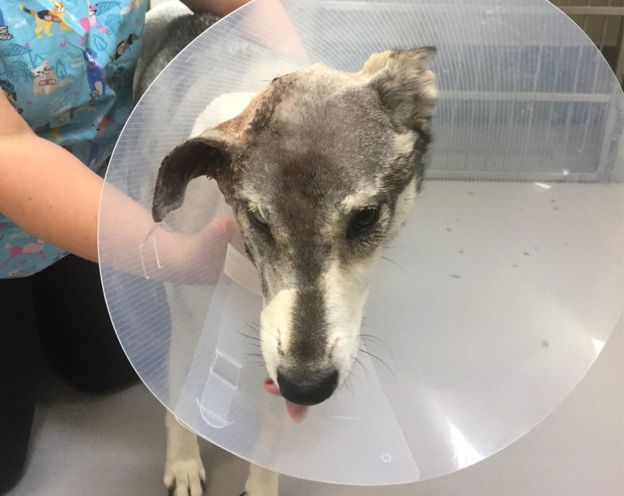